The single-engine plane flown by Haris Suleman, 17, of Plainfield, Indiana, went down in American Samoa. His father, 58-year-old Babar Suleman, is still missing, as crews continue a search for him. Witnesses reported seeing the Hawker Beechcraft go down about a mile from shore shortly after taking off from Pago Pago International Airport. The plane was headed to Honolulu. The National Transportation Safety Board has announced they are investigating the crash.

With a trip like this, there’s always a risk, and they did prepare for that risk.

The duo had hoped to set the record for the fastest circumnavigation around the world in a single-engine airplane with the youngest pilot in command to do so. They also were raising money for the Citizens Foundation, a nonprofit devoted to building schools in Pakistan. Both Sulemans had undergone training for water emergencies and wore protective immersion suits. Experts note, however, that young pilots have less experience handling emergencies. 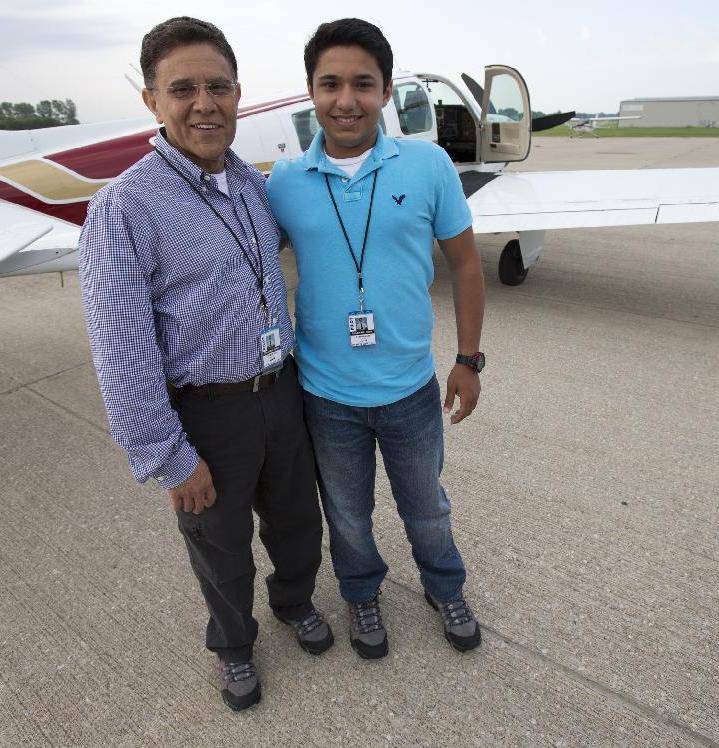