Wladimir Klitschko earned the 17th defence of his world heavyweight crowns with a fifth round knock-out of Kubrat Pulev on Saturday to secure the 53rd KO of his career. The 38-year-old inched closer to the legendary Joe Louis’ record of 25 heavyweight defences when he put the Bulgarian down for the fourth time after two mins, 11 seconds of the round. Klitschko dominated the fight in one of the most impressive displays of his career as he prepares to become a father next month with his girlfriend, actress Hayden Panettiere, a star of hit U.S. series, “Heroes” and “Nashville”.

Pulev put in a good performance and I give him respect. He made it hard to land the left hook by staying out of range, but I managed to land a lot of punches and I’m glad it worked out in the end.

The Ukrainian retains his IBF, IBO, WBA and WBO belts to remain the undisputed heavyweight champion of the world after the 63rd victory of his career and used his left hook to devastating effect. It is more than a decade since Klitschko’s last defeat, to Lamon Brewster in April 2004. The defeat was the first of Pulev’s career after 11 knock-outs in 20 victories and despite his pre-fight promises, the challenger failed to trouble the champion. The Ukrainian champion paid tribute to his countrymen in their ongoing military struggle against Russia after the bout in his adopted home town of Hamburg.

I want to dedicate this victory to my compatriots in the Ukraine, who are experiencing difficult times. 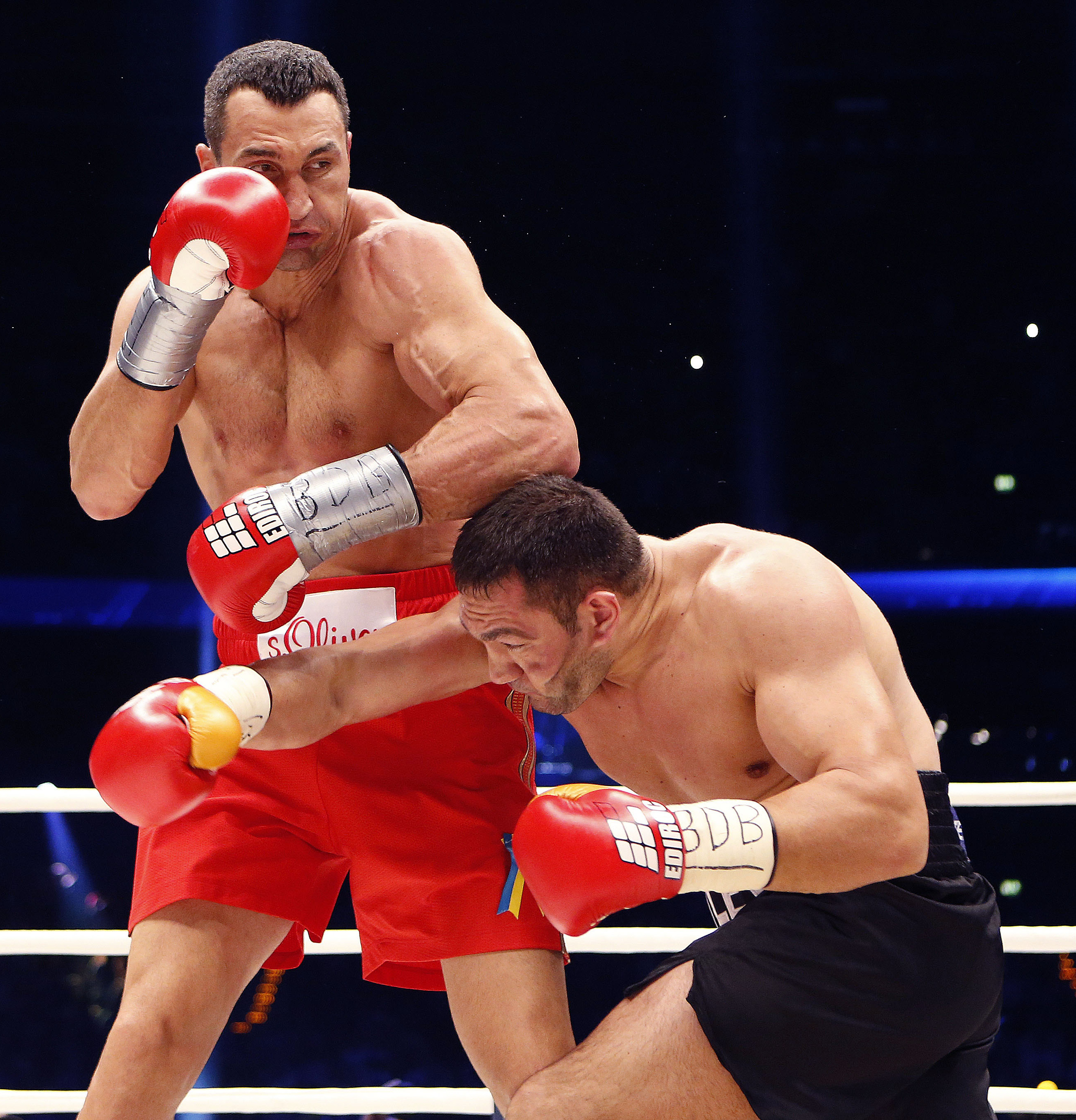