Hilton Worldwide is selling the Waldorf Astoria New York to Chinese insurance company Anbang Insurance Group Co. for $1.95 billion. Hilton will continue to manage the storied hotel for the next 100 years as part of an agreement with Anbang. The Waldorf Astoria New York has restaurants including Peacock Alley, Bull and Bear Prime Steakhouse and Oscar’s. The companies said Monday that the property will undergo a major renovation. In March 1893, millionaire William Waldorf Astor opened the 13-story Waldorf Hotel. The Astoria Hotel opened four years later. The Waldorf Astoria New York, on Park Avenue in Manhattan, opened in 1931, according to the company’s website. At the time it was the largest hotel in the world. The hotel became an official New York City landmark in 1993. Hilton Worldwide plans to use proceeds from the hotel’s sale to buy additional hotel assets in the U.S. 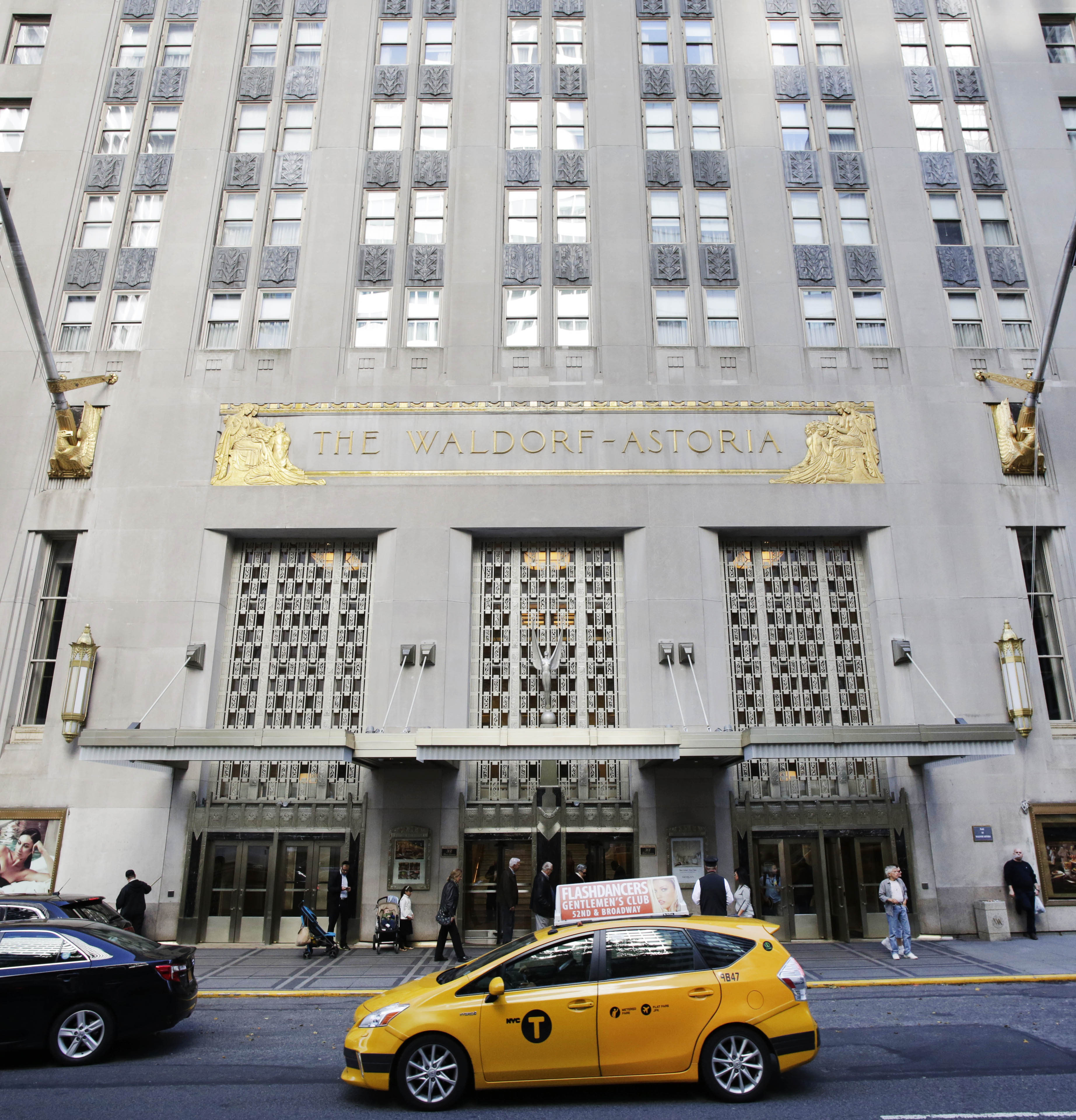