A report from the UN cultural agency released Monday concludes that a shipwreck found off northern Haiti could not be the Santa Maria, the lost flagship from Christopher Columbus’ first voyage to the Western Hemisphere, as a U.S. explorer had claimed. UNESCO said a team of experts who explored the site at the request of the Haitian government determined the wreckage was from a more recent vessel for reasons that included the discovery of copper nails and pins, used to fasten ship components, at the site. The Santa Maria would have used components of iron or wood, the agency said. The report, which the agency said was conducted in a “neutral and scientific manner”, found that it is possible the actual wreckage may be buried under what is now land because of heavy sedimentation from nearby rivers. It also recommended further archaeological investigation of the area.

Although the site is located in the general area where one would expect to find the Santa Maria based on contemporary accounts of Columbus’ first voyage, it is further away from shore than one should expect.

U.S. explorer Barry Clifford had announced in May that he believed that he may have found the Santa Maria near the city of Cap-Haitien in what would have been a major archaeological find. The ship struck a reef and was abandoned by Columbus in December 1492 and about 40 crewmen were left behind. 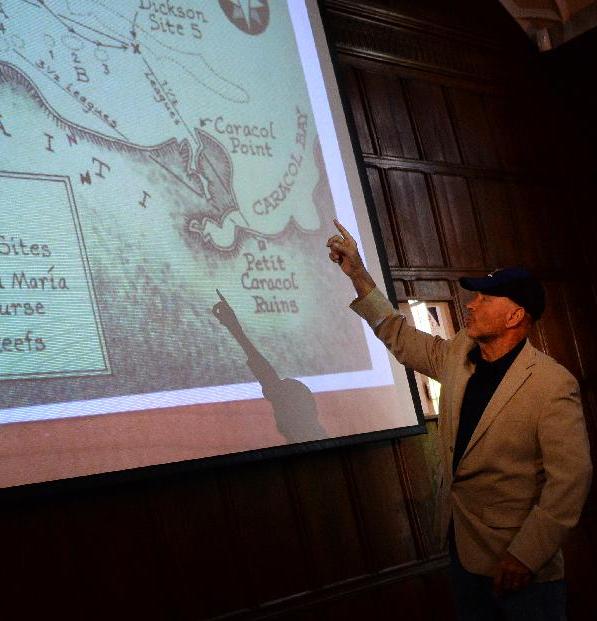