North Korea fired two short-range missiles into the sea Sunday in an apparent show of anger at an upcoming joint military drill between South Korea and the US. The North fired two short-range ballistic missiles into the sea off the east coast at 1:20 and 1:30 a.m., South Korea’s defense ministry told AFP. The move - the latest in a series of similar launches in recent weeks - came a day after Pyongyang condemned an upcoming Seoul-Washington naval joint exercise. The annual drill, to be held July 16 to 21, involves the US aircraft carrier George Washington, which arrived in the southern port of Busan on Friday. The North bristled at the port visit by the massive carrier, calling it a “reckless” act of provocation on Saturday.

The US should properly understand that the more persistently it resorts to reckless nuclear blackmail and threat, the further (the North) will bolster up its cutting edge nuclear force for self-defense.

The North has habitually slammed joint military exercises held south of the border and often responded with missile launches. Sunday’s launch was the fifth in less than two weeks. Previous tests had preceded Chinese President Xi Jinping’s state visit to Seoul, and were seen by some analysts as a show of pique at his decision to visit Seoul before Pyongyang. In between the launches, Pyongyang has also made several peace overtures, including a proposal for both sides to halt all provocative military activity. Seoul dismissed the offers as “nonsensical” in the light of Pyongyang’s nuclear programme. It also made it clear that the annual joint drills are non-negotiable. 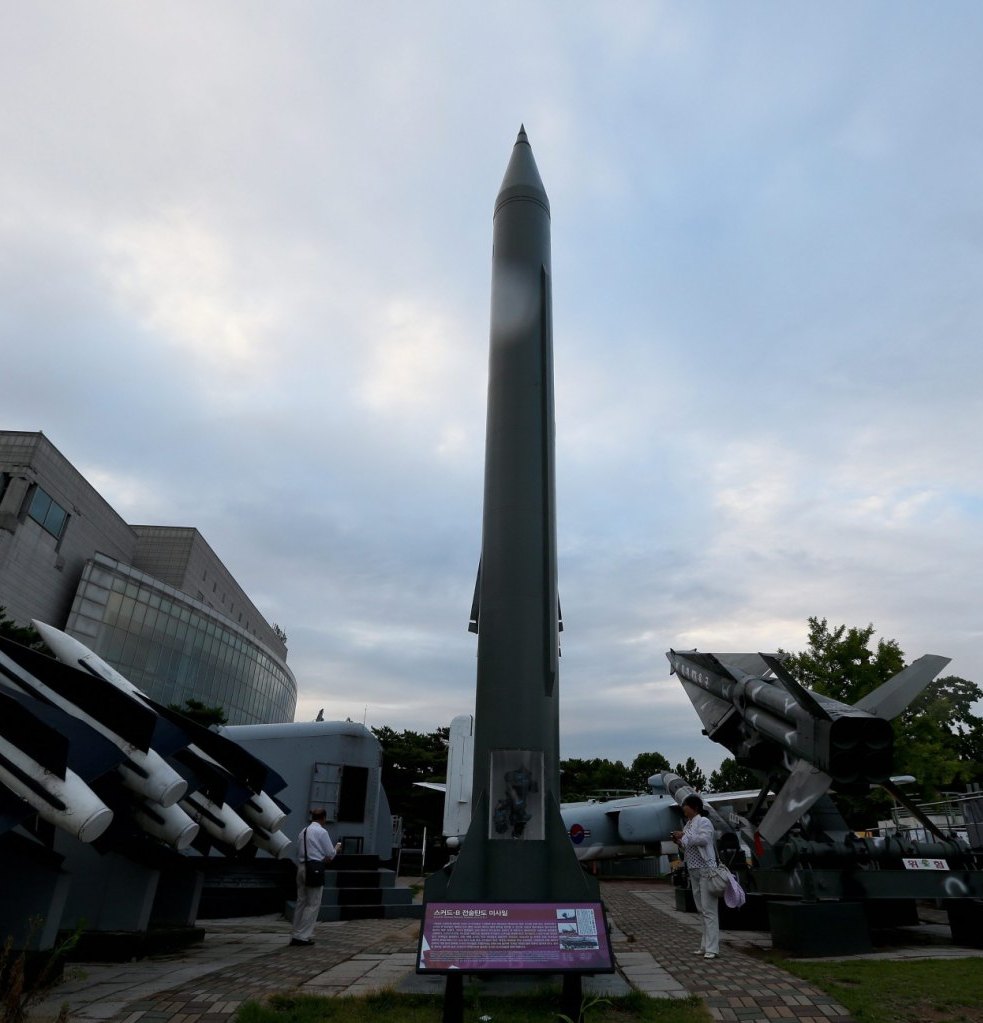