A chatty robot with an LED-lit smiley face sent hitchhiking across Canada this summer as part of a social experiment reached its final destination on Thursday after several thousand kilometres on the road. HitchBOT, assembled from household odds and ends by university professors Frauke Zeller and David Smith, was to reunite with its creators at an art gallery in Victoria, British Columbia having crossed more than 6,000 kilometers. The pair devised the trip hoping it would provide insights into societal views of robots.

This project turns our fear of technology on its head and asks, ‘Can robots trust humans?’

With a head encased in a transparent cake saver, set atop a plastic beer pail wrapped in a solar panel, and swimming pool floats for limbs, the automaton was designed to be fully dependent on people. HitchBot began its trip on July 27 in Canada’s Atlantic port city of Halifax, after being picked up by an elderly couple in a camper van. Its journey, courtesy of a host of strangers, has inspired art, clothing and a knock-off made of cardboard and string - affectionately dubbed HitchBOX. Researchers were to analyze comments posted on social media to see what they can surmise about the public’s attitudes concerning robot-human interactions. 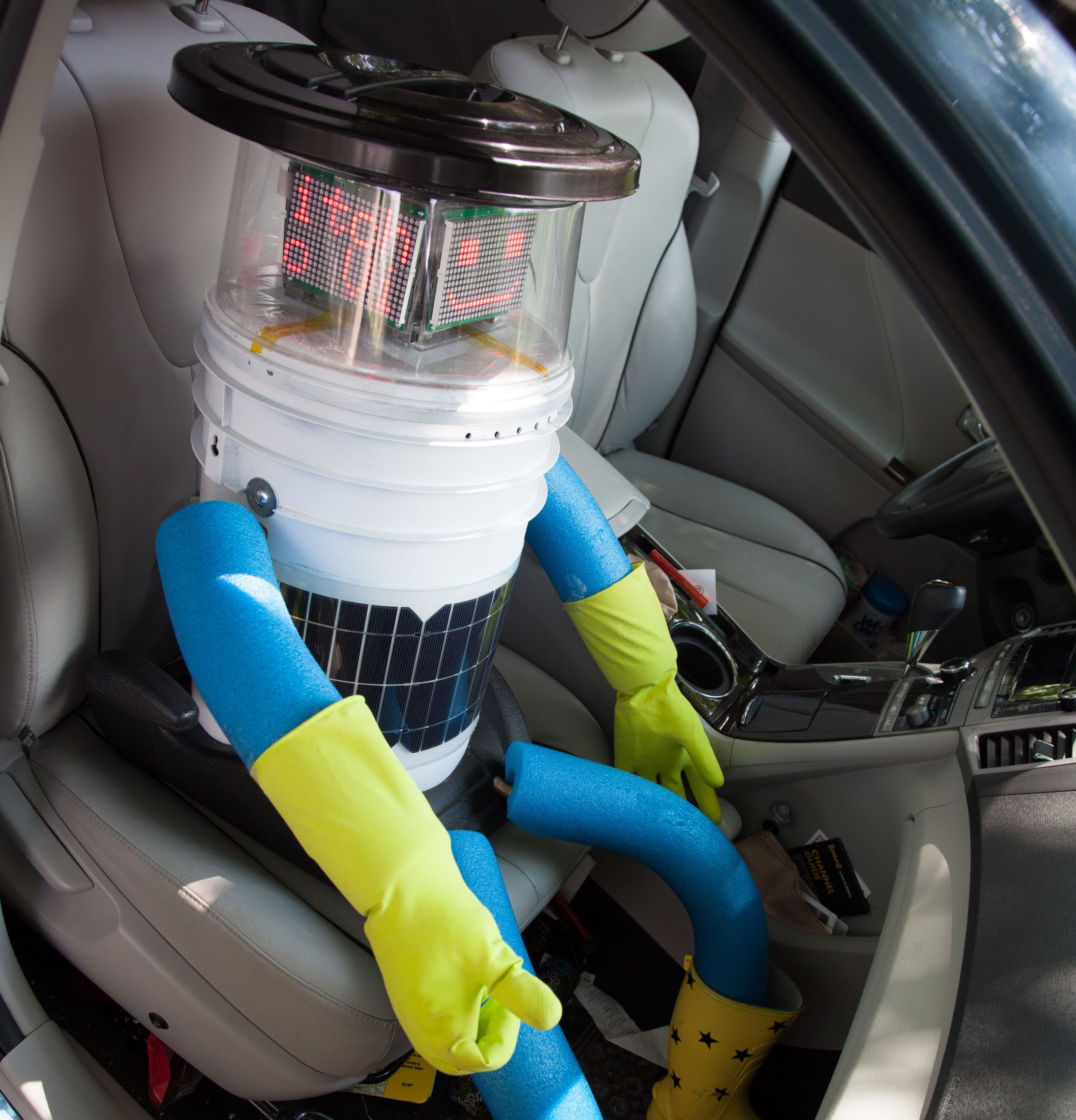