Dozens of activists including men wearing bras staged a protest in Hong Kong on Sunday after a woman was sentenced to three-and-a-half months’ jail for assaulting a police officer with her breast. Around 100 people gathered for the light-hearted “breast walk” protest outside police headquarters in Wan Chai district, with some holding up bras and others wearing them over their tops. “We better watch out as one day police might accuse us of attacking with our penis or buttock,” a topless male activist wearing a black bra told the crowd.

It’s the first time to wear a bra in my entire life.

The crowd chanted “Breasts are not weapons - give back our breast freedom” and “Shame on police” as a representative handed in a petition letter to a police officer. Thirty-year-old Ng Lai-ying was sentenced on Thursday for “assaulting a police officer” during a chaotic protest against mainland Chinese cross-border traders in March. She was bailed, pending an appeal.

The ruling is absurd. How can breasts be a weapon? 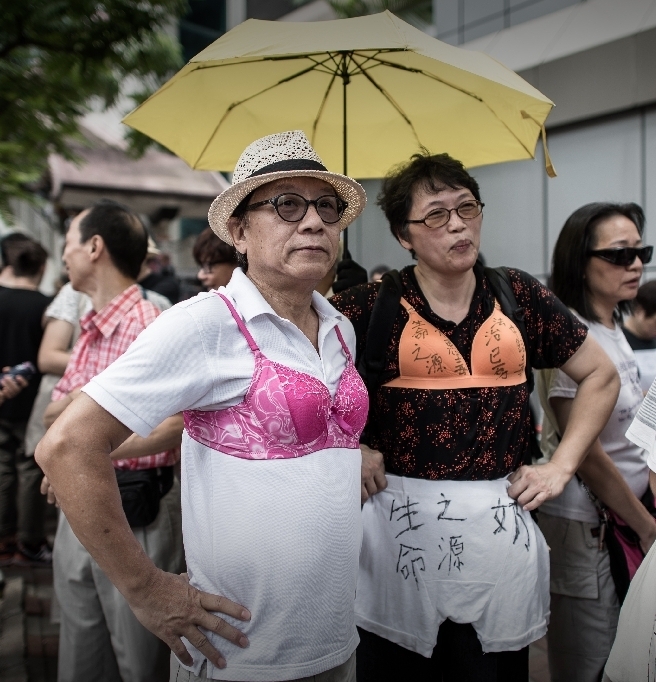