Rebecca Ferguson has revealed how she had to overcome her fear of heights and enclosed spaces for her action-packed role in Mission: Impossible – Rogue Nation. The Swedish actress, 31, makes her action debut in the fifth instalment of the franchise as agent Ilsa Faust, opposite Tom Cruise, who reprises his role as IMF agent Ethan Hunt. “Working on the stunts was a trip,“ she said. "I have claustrophobia and vertigo, but somehow, they got me to throw myself off high buildings and strap myself in underwater.”

Her natural abilities won the approval of her co-star Tom, who said: “Rebecca had never done this type of action before, but luckily she’s a natural athlete. She herself didn’t realise how good she would be at it until the training began. When we were working together, I kept telling her, ‘Look, you’re really talented at this.’ It’s true. Her hand-eye coordination, the way she moves, it’s instinctively powerful.”

At the same time, I was looking to find Ilsa’s own personal way of moving and fighting. I came to think of her as a lot like a cat, someone who kind of claws herself into anyone who attacks her. 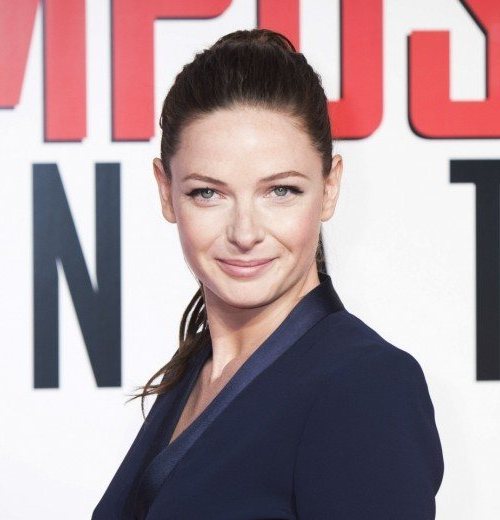