Hong Kong authorities Tuesday tore down barricades at a protest site in Mongkok, the scene of some of the more violent clashes to take place during nearly two months of pro-democracy sit-ins. Dozens of bailiffs, backed by more than 100 police officers, stood guard as workers cleared makeshift barriers obstructing part of a busy shopping street in Mongkok, one of three main protest sites where thousands of demonstrators have camped out demanding free leadership elections. Hong Kong police said they arrested 80 protesters, some wearing goggles, helmets and gas masks.

I am not going to move. I will let them arrest me.

The court injunction for Tuesday only covered the protest area on Argyle Street, but police are expected to execute a separate court injunction for a larger portion of the Mongkok protest area on busy Nathan Road Wednesday morning, reports said. The pro-democracy protests, which have paralysed parts of the city, drew tens of thousands of people initially, but the crowds have shrunk as the movement has struggled to maintain momentum. 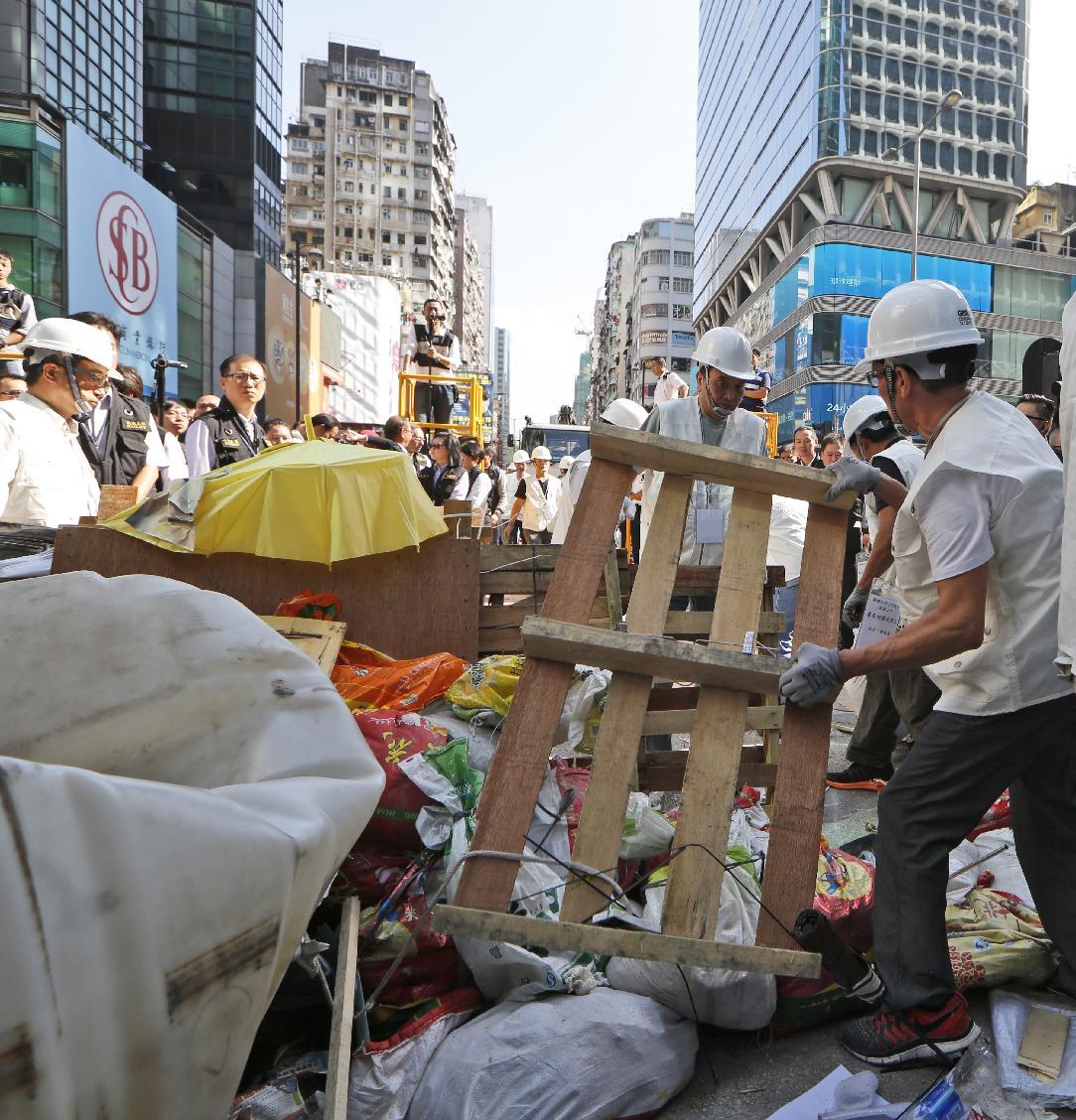