Measuring the thickness of Antarctic sea ice has long been a challenge and traditional methods are less than ideal. But an underwater robot is providing a nice solution. Scientists on Monday unveiled the first detailed, high-resolution 3-D maps of Antarctic sea ice, based on measurements of the underside of ice floes by a remote-controlled submarine’s upward-looking sonar. The measurements, covering an area of about 500,000 square metres, were made in 2010 and 2012 using a so-called Autonomous Underwater Vehicle dubbed SeaBED.

We’ve previously thought the sea ice was this thick… But really, measuring is believing, this is the first time we’ve been able to measure it.

Dr Guy Williams from the Institute of Marine and Antarctic Studies

The twin-hull underwater robot, about two metres long, operated at a depth of 20-30 metres. The scientists found sea ice thickness in some places up to about 17 metres, with average thickness much less. The findings indicate the ice cover may be thicker in some areas than previously thought. Unlike in the Arctic region, where large declines in thickness have been measured in recent decades, scientists do not really have a good handle on the average Antarctic sea ice thickness or on any possible trends there, said Dr Ted Maksym of Woods Hole Oceanographic Institution in Massachusetts.

Sea ice thickness and its variability in the Antarctic remains one of the great unknowns in the climate system. 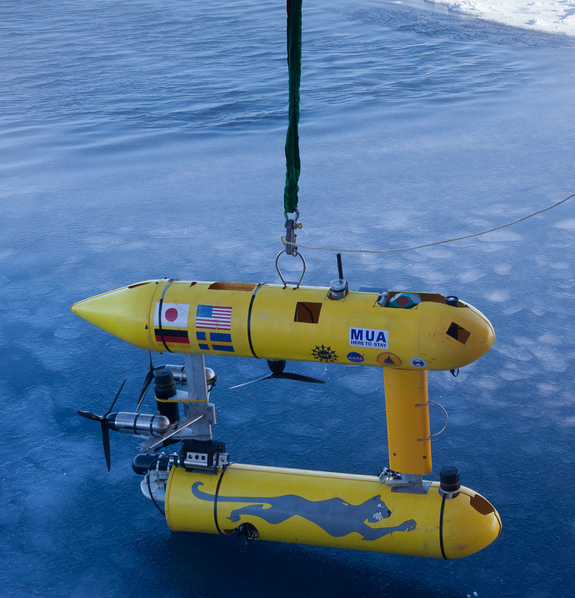