Hong Kong’s leader declared an end to more than 11 weeks of sit-in protests by pro-democracy demonstrators after police cleared the last remaining camp and arrested a handful of peaceful protesters Monday. A committed core of around a dozen demonstrators had staged a sit-in at the centre of the last site in the busy shopping district of Causeway Bay as police cut away barricades and tore down banners and shelters. Seventeen people, from students to the elderly, were arrested without resisting, with some shouting “We will be back” and “Fight to the end.” Activists calling for free leadership elections occupied major traffic arteries after China said in August that candidates for the city’s chief executive elections in 2017 would first be vetted by a loyalist committee.

Other than economic losses, I believe the greatest loss Hong Kong society has suffered is the damage to the rule of law by a small group of people.

Hong Kong chief executive Leung Chun-ying is vilified by protesters who cast him variously as a wolf and a vampire and have repeatedly asked for him to step down. But Beijing has backed his administration throughout the occupation. Students who spearheaded the street protests were among the sit-in group in Causeway Bay Monday. They were joined by a 90-year-old campaigner surnamed Wong who sat on who was later led away by police, walking slowly using a cane. 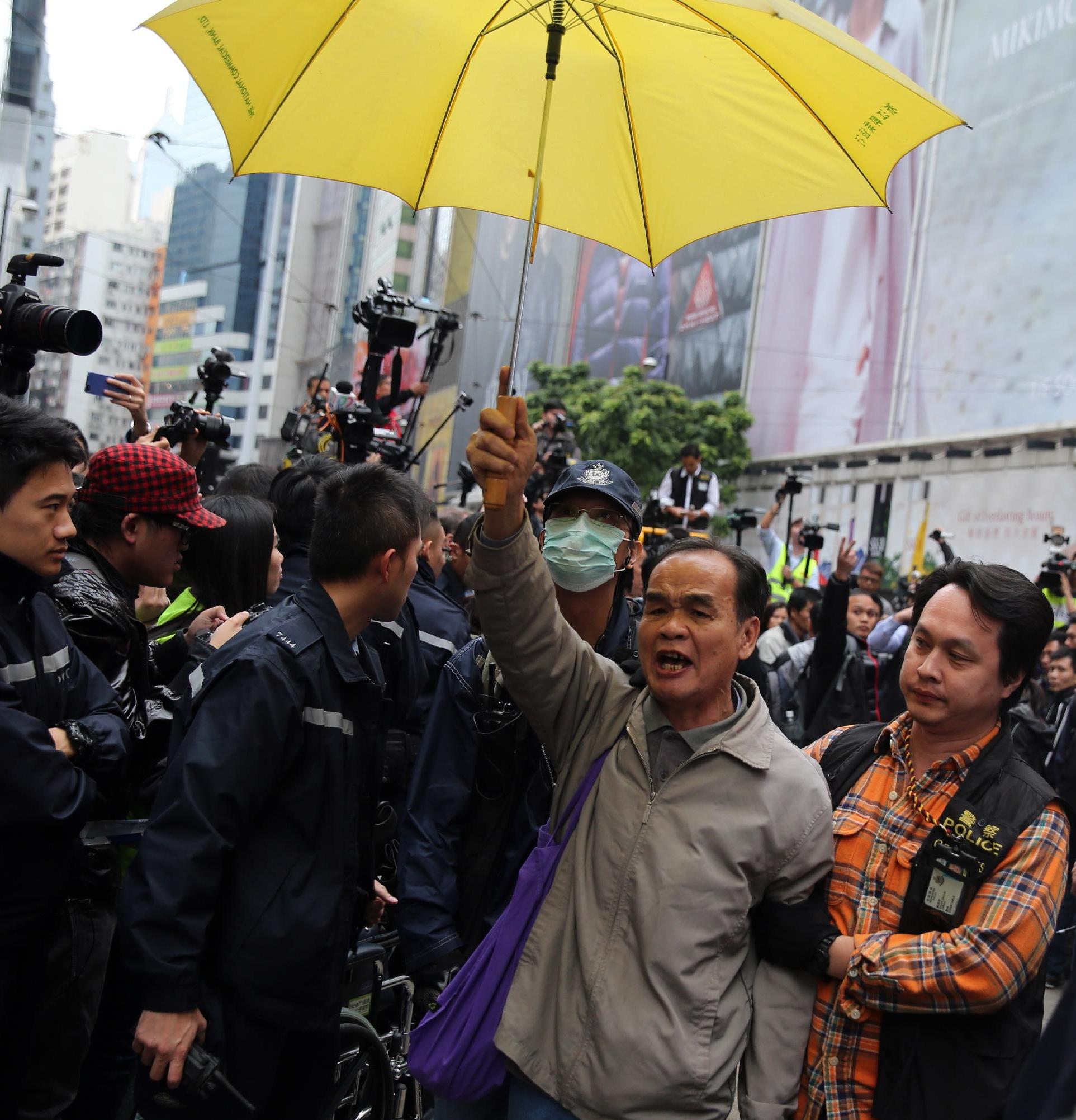