Hong Kong protesters weigh next move as one suggests blocking govt, not roads

Pro-democracy protesters in Hong Kong weighed their options on Friday, whether to call off more than two months of street demonstrations or change tactics, as one leader suggested a campaign of withholding tax to “block government”. Leaders of the Hong Kong Federation of Students will decide in the next week whether to call on protesters to pull up stakes from camps straddling some of the Chinese-controlled city’s main thoroughfares which have created havoc for transport and business and tried residents’ patience. About 20 protesters dressed in thick jackets waited out cooler temperatures on Friday in the main Admiralty protest site, next to the Central business district, while tents were covered in plastic bags and tin foil for insulation and protection from the rain.

Refusal to pay taxes, delaying rent payments by tenants in public housing … along with other such acts of non cooperation, could make governing more inconvenient.

Benny Tai, one of the founders of the ‘Occupy Central’ movement, writing for International New York Times

Hong Kong, a former British colony, returned to Chinese Communist Party rule in 1997 under a “one country, two systems” formula that gives it some autonomy from the mainland and a promise of eventual universal suffrage. Beijing has allowed a free vote in 2017, but insists on screening any candidates for city leader first. Chief Executive C.Y. Leung told the Hong Kong Economic Times that protesters still occupying the streets were the more radical ones, and this was why action should be taken to clear the camp sites. Police are expected to clear the streets of the Admiralty area from Wednesday, media said, and many students like Timothy Sun, 18, who was arrested on Sunday, said he would leave.

Within a week’s time, we definitely will have to have a decision.

Yvonne Leung, of the Hong Kong Federation of Students 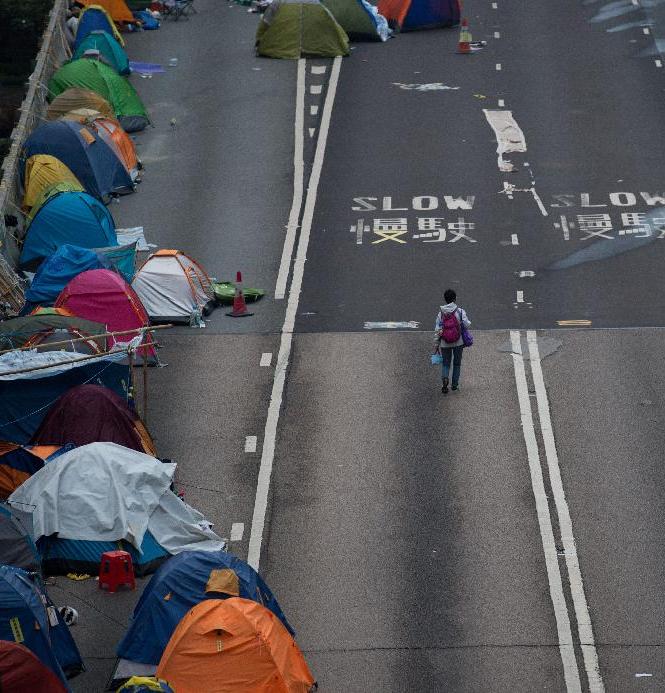