Hong Kong authorities cleared street barricades from a pro-democracy protest camp in the volatile Mongkok district for a second day Wednesday after a night of clashes, as two key student leaders were arrested. Police said that 116 people were arrested as of early Wednesday — including student protest leaders Joshua Wong and Lester Shum — for offences including unlawful assembly and assaulting or obstructing police. Local media reports said 4,000 officers were on hand to enforce the court injunction granted to taxi drivers to remove obstructions from Nathan Road, a busy artery in Kowloon.

Police will ensure that the cleared roads will not be occupied again. If that happens, police will take resolute action. We’re here to restore social order and public safety.

People wearing red baseball caps and T-shirts that said “I (heart) HK” helped dismantle a first row of barricades made up mostly of wooden pallets. Police officers in helmets soon stepped in, using shears to clear further rows of metal barricades while others tore down tents and canopies and carried away other obstructions, including a sofa. Hundreds of other officers advanced slowly along the street while some stood by with backpack pepper sprayers. One man was arrested for possessing offensive weapons including an axe, hammer and crowbar. Nine officers were hurt in the scuffles. Protesters have been camped out on major thoroughfares since Sept. 28 demanding greater democracy in the semiautonomous Chinese city. 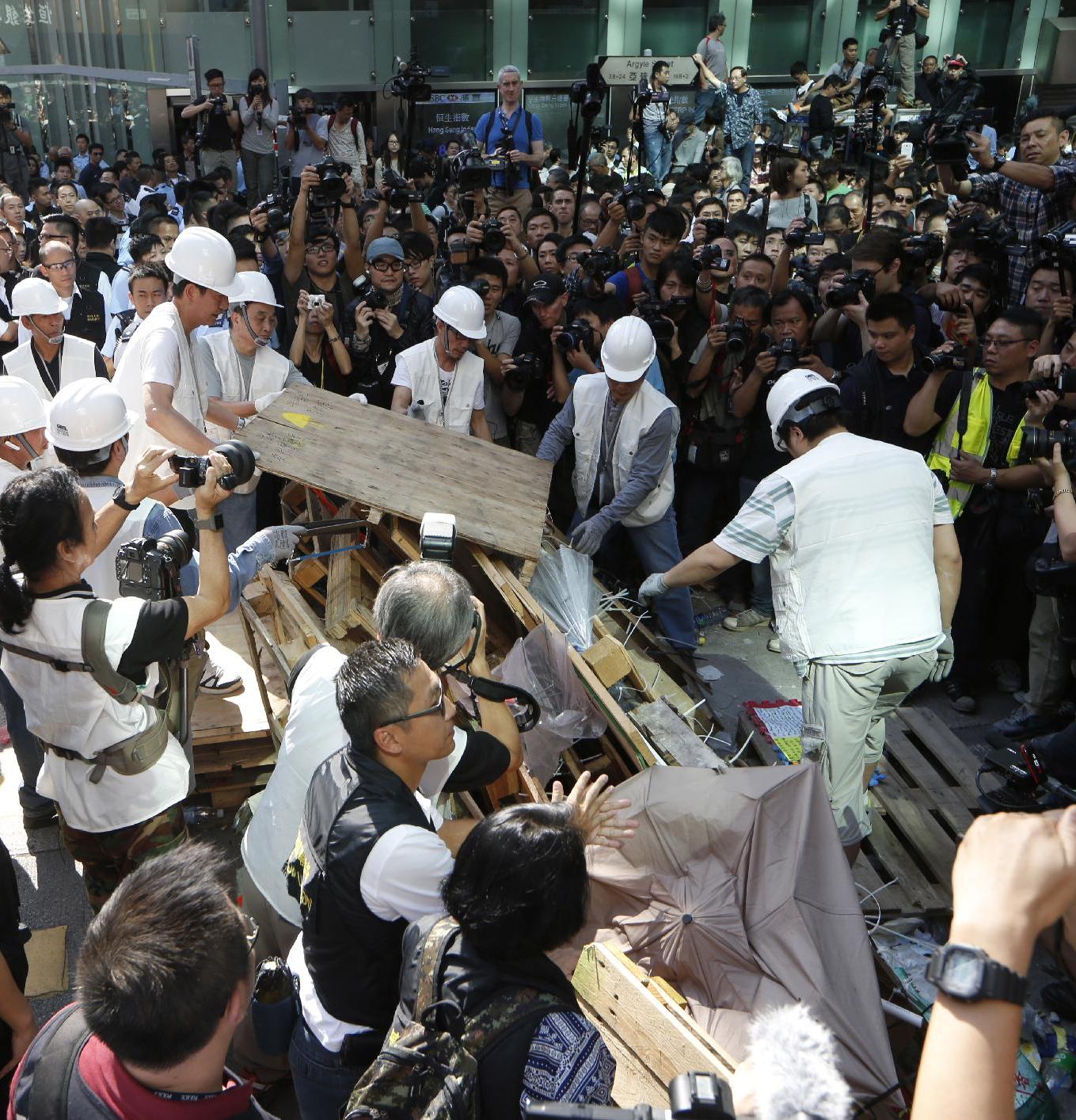