In a landmark case on Tuesday a Hong Kong woman pleaded not guilty to 20 charges of abusing her Indonesian domestic helper. Pictures of the helper’s bruised body have prompted international outrage at the treatment of maids in the Asian financial centre, and Indonesian President Susilo Bambang Yudhoyono has denounced her treatment as torture. Former beautician Law Wan-tung, 44, arrived at court wearing sunglasses, a black hat and a surgical mask, surrounded by four female friends dressed in identical clothing, apparently to deflect attention from the defendant.

We will fight all the way to the end until Erwiana gets justice. We want to give a lesson to employers. We are not slaves. We are also human.

Eni Lestari, a spokeswoman for the group Justice for Erwiana

Law pleaded not guilty to charges including inflicting grievous bodily harm, criminal intimidation and failing to pay wages. She is accused of assaulting domestic helper Erwiana Sulistyaningsih and two other maids, also from Indonesia. The charges also include failure to pay her wages. About 20 domestic helpers and an employer gathered outside the court, holding banners and waving portraits of Erwiana and chanting: “Justice for Erwiana,” and “We are not slaves”. The court ordered a pre-trial review to begin on July 10. 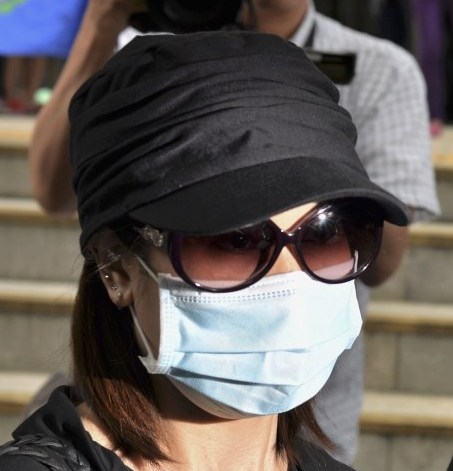