How does it feel: ‘Like a Rolling Stone’ lyrics sell for record $2 million

Bob Dylan’s handwritten manuscript for “Like a Rolling Stone” sold for just over $2 million on Tuesday at Sotheby’s rock and roll auction, which also included memorabilia from the Beatles, the Rolling Stones and Elvis Presley. The price for the annotated lyrics for “Like a Rolling Stone,” considered one of the most influential songs in postwar music, makes it the most expensive rock music manuscript sold at auction. The draft is written in pencil on four sheets of hotel letterhead stationery with revisions, additions, notes and doodles: a hat, a bird, an animal with antlers.

I’m a Dylan fan myself and I thought it was one of the coolest things that I have ever handled.

It shattered the previous record set in 2010, when John Lennon’s handwritten lyrics for “A Day in the Life,” the final track from the 1967 album “Sgt. Pepper’s Lonely Hearts Club Band” sold for $1.2 million, according to Sotheby’s. 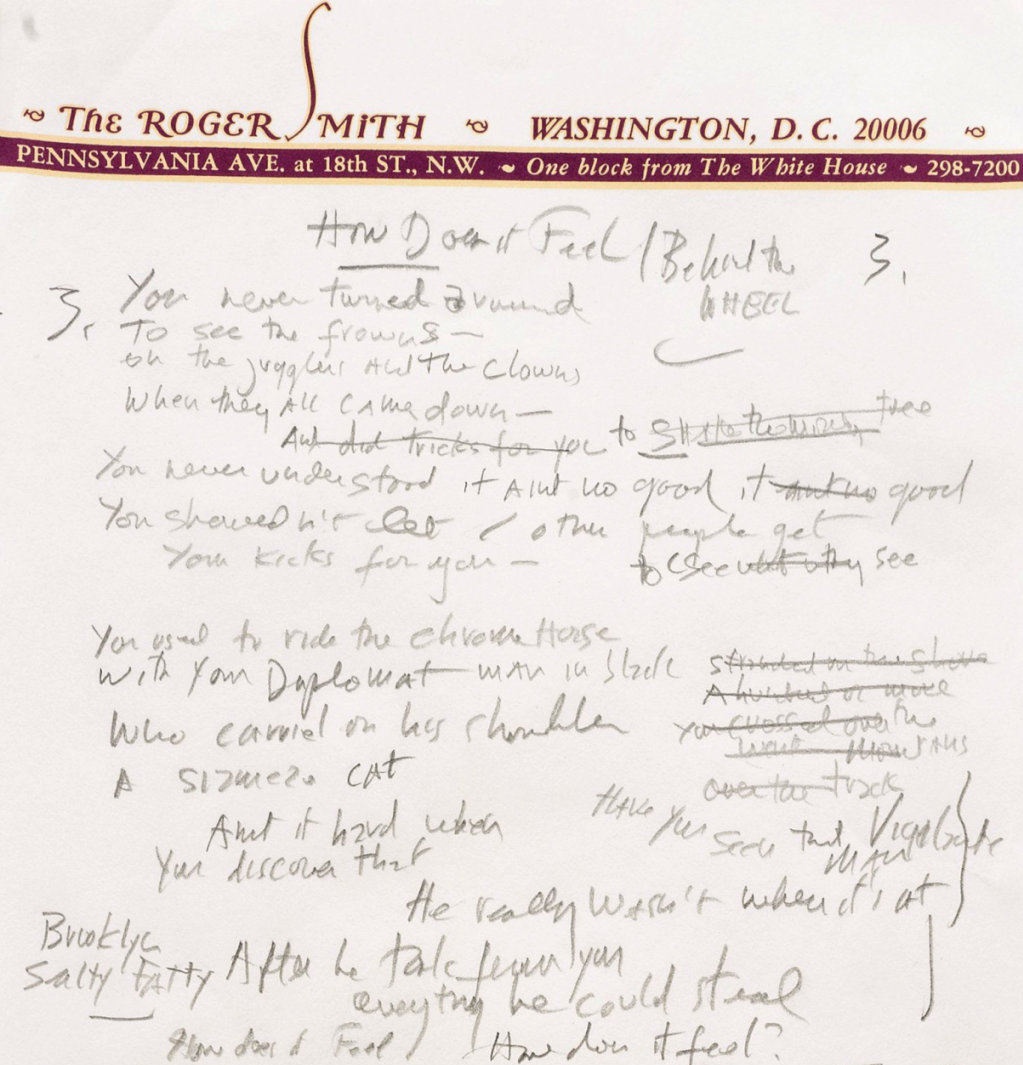