With a 1-0 loss to Uruguay, Italy has now failed to make it out of the group phase of the tournament for the second time since winning the World Cup in 2006, but it wasn’t the disappointing loss that dominated the headlines on Tuesday. Serial human biter Luis Suarez, who has a history of biting incidents on the field, appeared to chomp down yet again during Uruguay’s match against Italy. With the Italians down to 10 men following Claudio Marchisio’s 60th-minute sending off, Suarez and Italian defender Giorgio Chiellini scuffled off the ball; Suarez buried his face into Chiellini’s back and both players fell to the grass. As Chiellini stood up and pulled down his shirt to show the referee the possible bite marks in his flesh, Suarez appeared to be checking his teeth.

Suarez was not punished for the bizarre incident, though. And moments later, Uruguay’s Diego Godin scored the match’s only goal to send Uruguay to the knockout stage at Italy’s expense.

If Suarez did intentionally bite Chiellini, it would be the third time he’s done so to an opponent during a match. The first came in 2010, when he bit PSV’s Otman Bakkal while playing for Ajax—that resulted in a seven-match ban. The second came when he bit Chelsea’s Branislav Ivanovic while playing for Liverpool in 2013, which landed Suarez a 10-match ban.

FIFA announce will investigate Suarez biting incident: ‘will gather all the necessary elements in order to evaluate the matter.’ 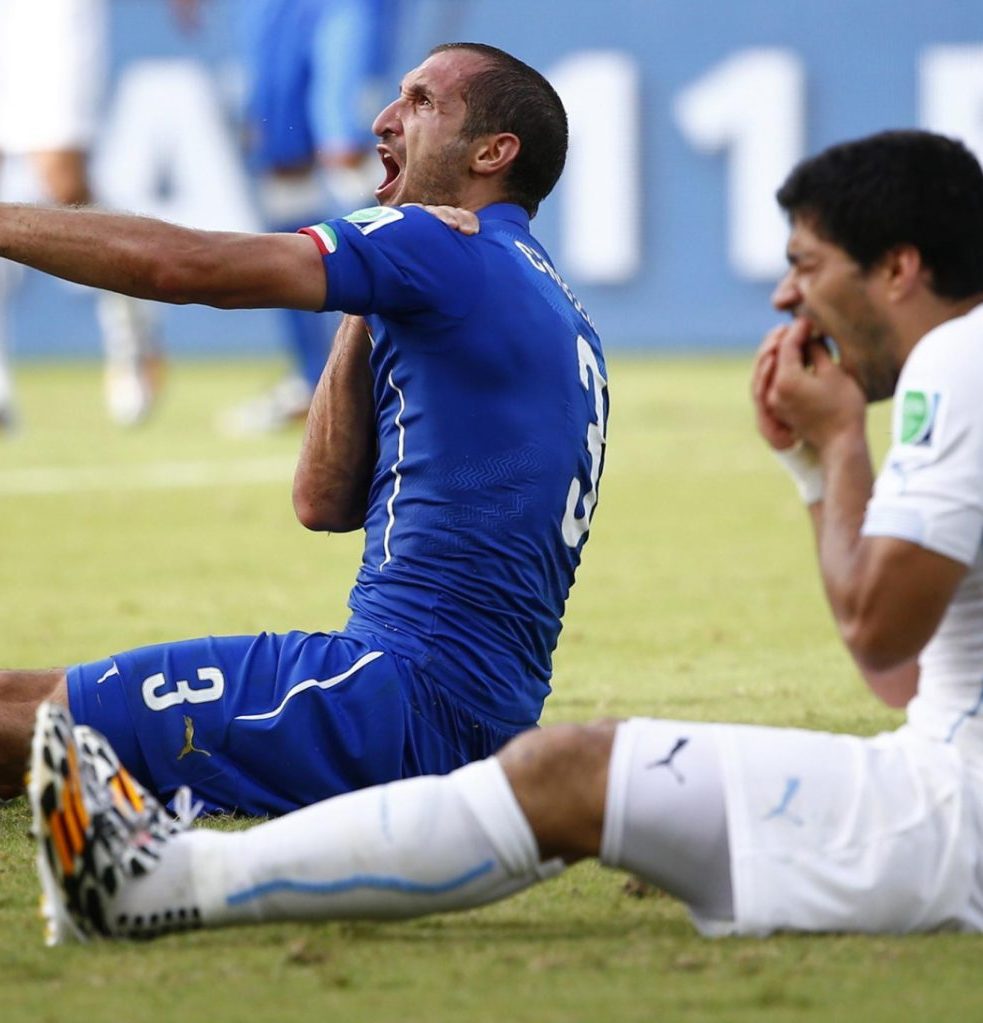