A spider “photobombed” a live BBC news bulletin when it crawled across the screen to catch an insect. The spider, which appeared to be a giant in the shot, invaded the early morning edition of Reporting Scotland when it crept across the lens of the roof camera. Newsreader Graham Stewart looked unperturbed as the spider grabbed the insect before retreating. He later tweeted: “Never mind the pandas: giant hungry spider invades Reporting Scotland at breakfast time!”

Did anyone see Graham Stewart almost get his head eaten by the giant spider on BBC Breakfast?? Scary stuff. Good job he didn’t turn round.

The clip drew widespread attention on social media, with more than 200 retweets on Twitter in just over an hour. Stewart later said: “I was completely unaware of what was going on until viewers began tweeting us. I’m sure people were shouting out: ‘He’s behind you!’” He then added: “I hope our viewers weren’t put off their breakfast—I know the spider certainly wasn’t.” 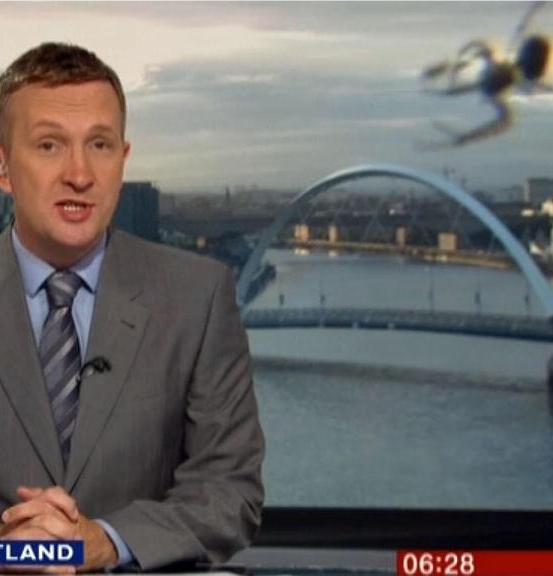