Premier League stars are putting in more effort than ever before, study reveals

Premier League footballers may have never been so well paid—but the latest research shows they are working harder than ever and playing “The Beautiful Game” better than before. Analysis of performance levels at the top of the English game has shown substantial improvement in pass completion, number of explosive runs and sprinting speed. The findings show the Premier League—known for its intensity—is getting even faster and physically demanding for players who must combine being ultra-fit athletes as well as highly skilled footballers.

We can clearly see the evolution within the game between 2006/07 and 2012/13. It is likely this is a consequence of players developing physically, technically and tactically in their preparation. This now gives professional clubs new benchmarks to be set in terms of typical physical, technical and tactical levels.

The study by Sunderland University and Chris Barnes, head of sports science at West Bromwich Albion, has been published in the International Journal of Sports Medicine and is the largest of its kind. It analysed more than 1,000 individual performances in the Premier League, covering the seven years between the 2006/07 season—when Manchester United won the league and Cristiano Ronaldo was voted best player—and 2012/13. Statistics showed players, including Wayne Rooney, Yaya Toure and Steven Gerrard were passing and receiving the ball more frequently, and covering greater distances at high intensity.

There is a commonly held belief that the Premier League has become faster and more physically demanding over recent years. This research provides the first objective evidence to back up those beliefs. 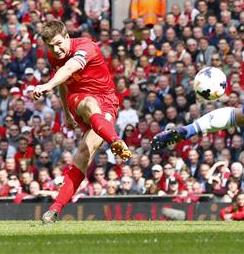