An Iranian-born mathematician has become the first woman to win a prestigious Fields Medal, widely viewed as the Nobel Prize of mathematics. Maryam Mirzakhani, a Harvard-educated mathematician and professor at Stanford University in California, was one of four winners announced by the International Congress of Mathematicians (ICM) at its conference in Seoul on Wednesday. The award recognised Mirzakhani’s sophisticated and highly original contributions to the fields of geometry and dynamical systems, particularly in understanding the symmetry of curved surfaces such as spheres.

This is a great honour. I will be happy if it encourages young female scientists and mathematicians. I am sure there will be many more women winning this kind of award in coming years.

Although her work is considered “pure mathematics” and is mostly theoretical, it has implications for physics and quantum field theory, as well as for the study of prime numbers and cryptography. Mirzakhani was born in Tehran in 1977, and earned her Ph.D. in 2004 from Harvard University. The Fields Medal is given out every four years, often to multiple winners who should not be aged over 40. The other three winners this year were Artur Avila of France, Manjul Bhargava of Princeton University in New Jersey, and Martin Hairer of the University of Warwick in Britain.

I congratulate all the winners, with special applause for Maryam Mirzakhani, whose drive and passion have made her the first woman to win a Fields Medal. 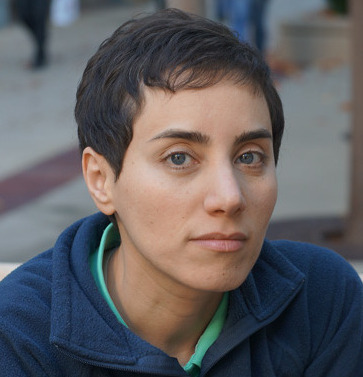