The battle to dominate the smartphone market has taken another twist with Samsung unveiling a new smartphone just weeks before rival Apple is expected to do the same. The Korean phone manufacturer has announced the new Galaxy Alpha, confirming the device will go on sale at the beginning of September. Leaked images of the phone appeared online earlier this month, with some comment on social media suggesting it looked similar to an iPhone.

There are some physical similarities with the iPhone 5s, but also several Samsung Galaxy hallmarks—this isn’t a phone that’s going to get confused with an Apple device. But it is gunning for the next iPhone.

The new device will have a 4.7-inch screen, which is slightly smaller than the screen on the Galaxy S5 that was released in April. The Alpha is also more than a millimetre thinner than the S5—making it one of the slimmest devices the company has ever made—and boasts an all-metal design, eschewing Samsung’s traditional plastic construction. Samsung’s main rival Apple is expected to introduce the iPhone 6 in early September, with rumours suggesting it could come in two sizes for the first time. 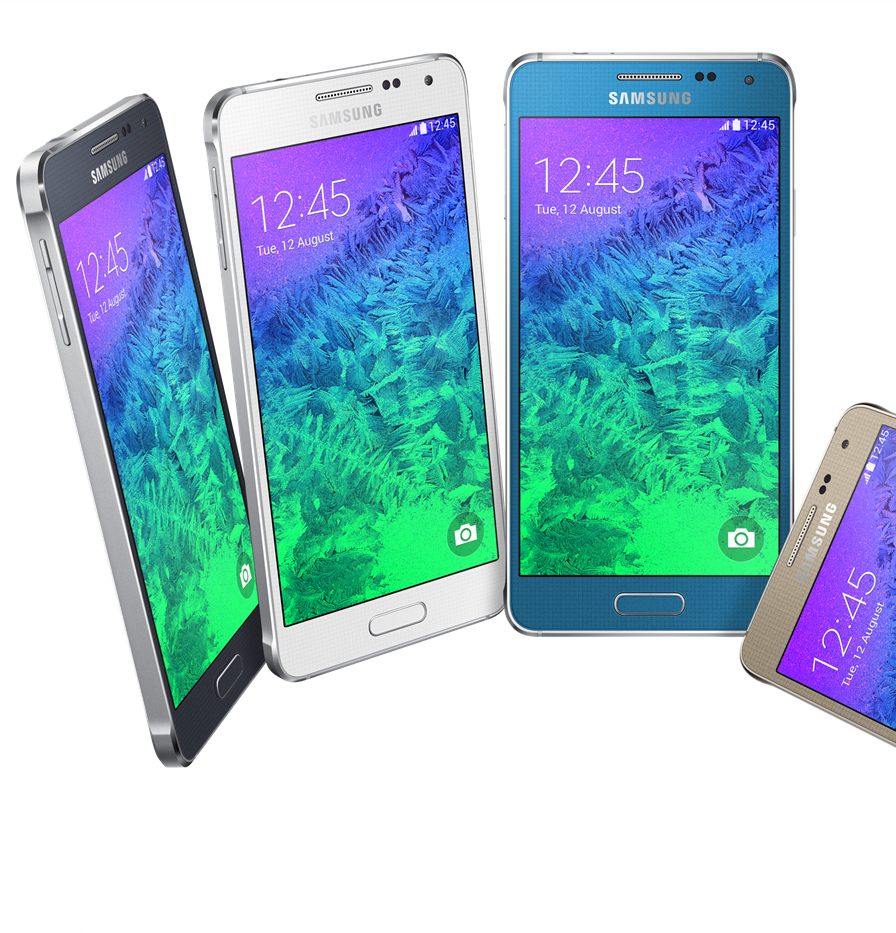