Hundreds are dead — and the death toll is expected to rise — after the earthquake caused extensive damage to capital Kathmandu, bringing down buildings and walls. The city’s iconic nine-story Dharahara tower was destroyed in the quake, killing at least one. At least 50 people were believed to be trapped under the rubble of the 19th Century building, also known as the Bhimsen Tower. The quake’s epicenter was 50 miles east of the central city of Pokhara, close to the capital, the U.S. Geological Survey said. Residents have been warned to stay outdoors, with more aftershocks feared. Strong tremors were also felt as far away as Pakistan and Bangladesh.

It was a pretty massive earthquake here, the strongest I’ve ever felt in my life.

Photojournalist Nayantara, who is in Pokhara, speaking to Sky News

The earthquake also triggered an avalanche on Mt. Everest, injuring at least 30 people. The avalanche apparently struck near an area where most climbing expeditions begin. details were unclear because communication between the base camp and the rest of the Everest region was intermittent.

We are in the process of finding more information and are working to reach out to those affected, both at home & in Nepal. 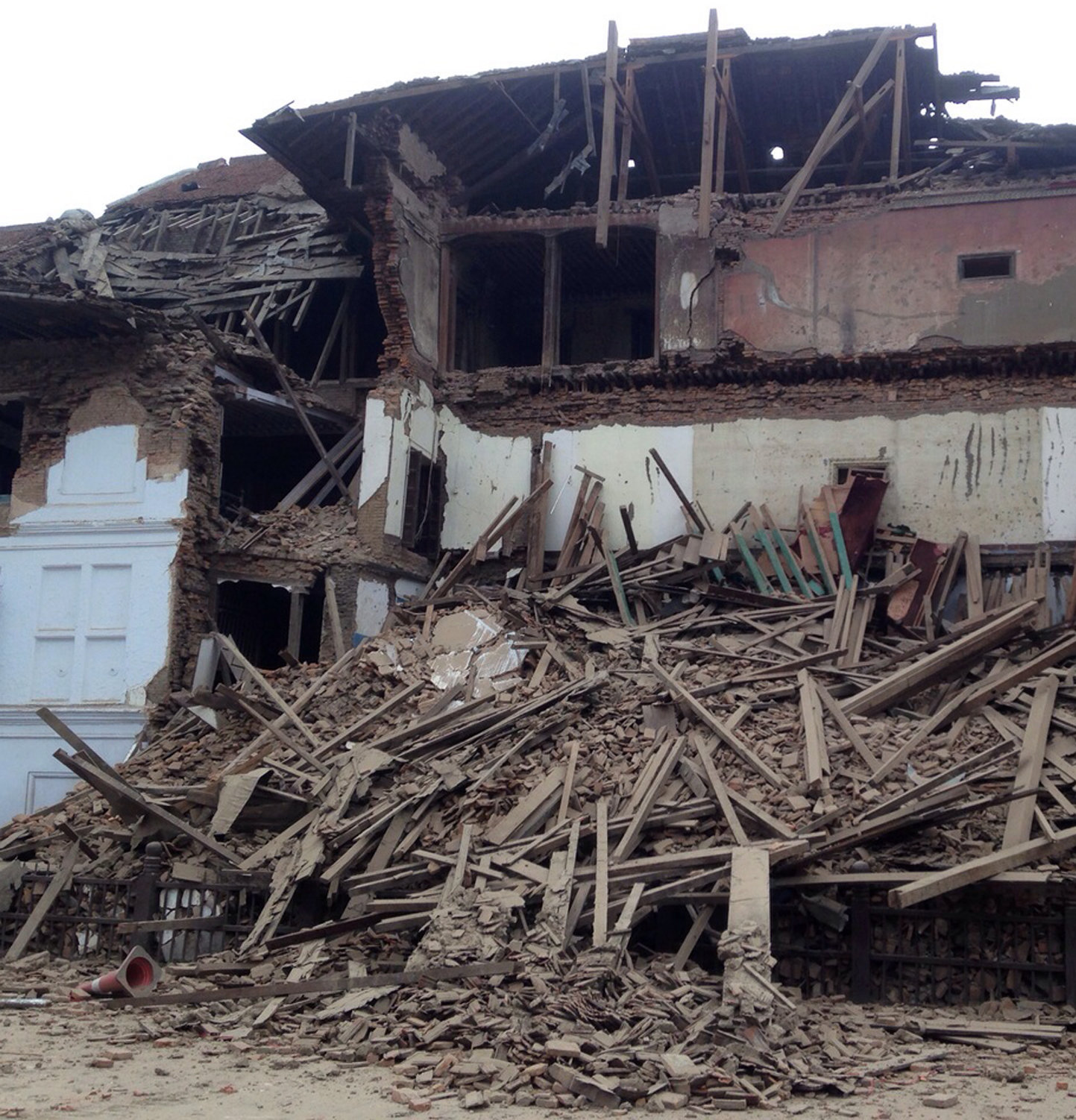