A dilapidated building and another under construction collapsed in India on Saturday, killing at least 15 people as rescuers searched for dozens of others feared trapped, police and fire officials said. In New Delhi, a four-story 50-year-old structure toppled in an area inhabited by the poor. The collapse killed at least 11 people and one survivor was being treated in a hospital. Hours later, a 12-story building under construction collapsed on the outskirts of Chennai, the capital of southern Tamil Nadu state, as heavy rains pounded the area. Police said 28 construction workers had been pulled out so far and the search was continuing for more than a dozen others.

Some 10 workers are in hospital and one of them is in the intensive care unit. Many more are still feared trapped.

Most homes in the New Delhi area where the first building collapsed had been built without permission and using substandard materials. Local media reports said the New Delhi collapse was triggered by construction work on an adjacent plot. More than 50 people were feared trapped in the debris of the block. Numerous building accidents in India’s largest cities have killed about 100 people in the past year, according to local media reports. More than 50 people were killed when an apartment block collapsed in Mumbai last September. Corruption is also a problem, which leads to the authorisation of risky building permits. 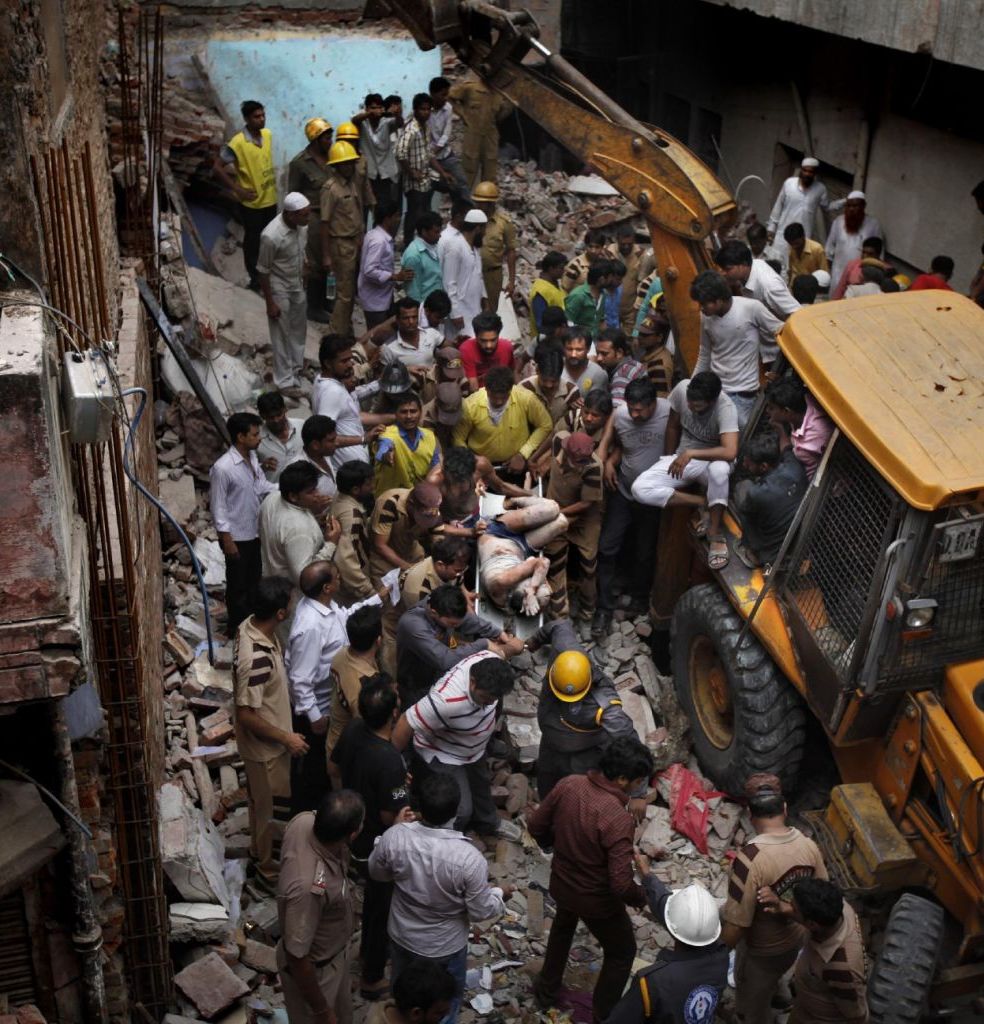