A Sudanese Christian woman who faces death threats after a court cleared her of apostasy has been charged with forgery after trying to leave the country, a lawyer said. The charge against Meriam Yahia Ibrahim Ishag, 26, relates to the South Sudanese travel document she was carrying when authorities stopped the family from leaving Sudan on Tuesday following an annulment of her apostasy death sentence.

Sudan has assured us of their — the family’s safety… We will continue monitoring the situation and discussing it.

A lower court judge sentenced Ishag to hang for apostasy on May 15, in a case that raised questions of religious freedom and sparked an outcry from Western governments and human rights groups. An appeal court freed her on Monday from the women’s prison where she had been detained with her children, but she immediately went into hiding because of the threats to her life.

We are worried. That’s why we want to get out of here as soon as possible. 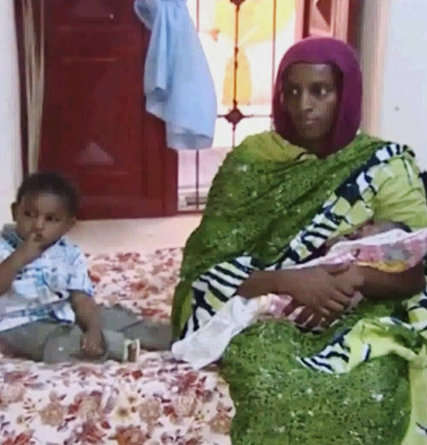