I don’t want to stay in power any longer than needed, insists Thai PM Prayuth

Thai Prime Minister Prayuth Chan-ocha hailed the performance of his military government on Friday and said a much-criticized overhaul of the constitution was needed to pull Thailand out of years of political crisis. In a televised speech to mark six months since a military-appointed legislature chose him as leader, Prayuth said his government was sticking to its plans to restore democratic rule and that the generals were not abusing their power. “All the timeframes that I had set out, I’ve never deviated from them,” said Prayuth, who led a coup last May to oust the remnants of Yingluck Shinawatra’s government. "I don’t want to stay in power … I’ve never received any benefits, only some compliments and much criticism,“ he added.

I’m here to fix problems. I don’t want to hurt anyone. I cannot hurt Thailand.

Prayuth has come under fire from rights groups and the United Nations for using military courts, threatening opponents and the media, and allowing detentions without charge. Martial law was replaced this month with article 44 of the junta’s interim constitution, which critics say is more authoritarian. He rejected that criticism and said the law was necessary for bureaucratic expediency. Foreign governments, he said, understood Thailand’s predicament. "They’re not worried,” he said in his 90-minute speech. “They just want us to hold elections quickly." Elections originally slated for this year have been pushed back to 2016 while junta-picked representatives draft a new constitution, which Prayuth said needed to be reworked.

We think long-term, we work diligently for the country to be peaceful and safe. 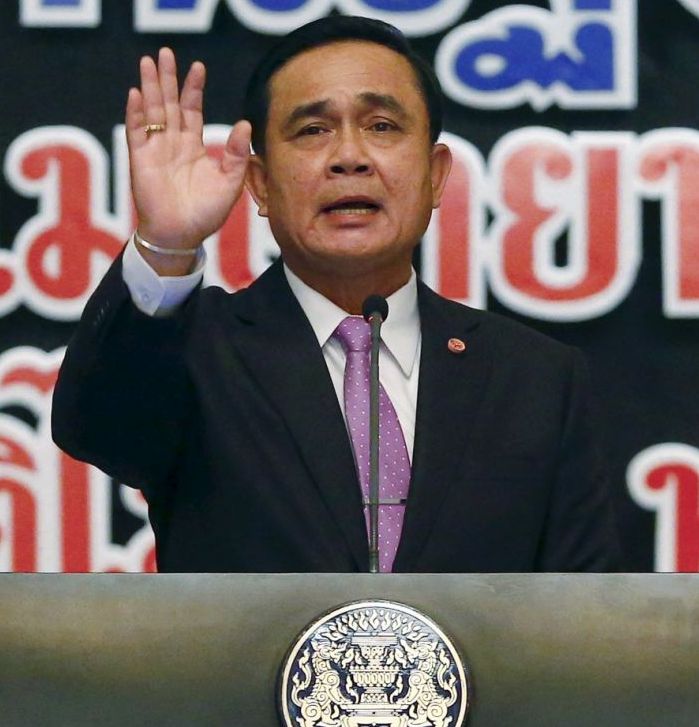