Iceland raised its alert over the nation’s largest volcanic system to red on Saturday, banning all air traffic in the area, after detecting a small sub-glacial eruption. A major explosion at the Bardarbunga volcano could signal a replay of the global travel chaos triggered when another Icelandic peak blew four years ago, creating a massive ash cloud across Europe. Iceland had raised its aviation alert to orange on Monday after Bardarbunga kicked into seismic action with the biggest earthquake registered since 1996.

There’s nothing we can do if we get another big eruption like that of Eyjafjoell except to interrupt air traffic in the dangerous areas.

The eruption of Eyjafjoell, a smaller volcano, in April 2010 caused travel mayhem, stranding more than eight million travelers in the biggest airspace shut down since World War II. On Monday, seismologists recorded an earthquake of 4.5 on the Richter scale in the area. Scientists believe its explosion would be large enough to disrupt air traffic over northern Europe and the northern Atlantic, as well as causing major damage on the island nation from volcanic ash and glacial flooding. 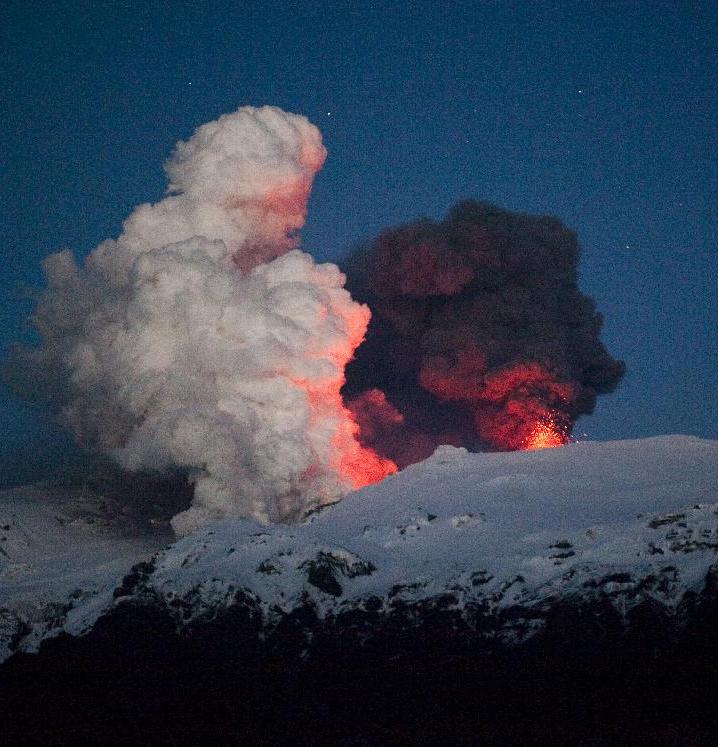