In the dogfight over posh airline food, the sky’s the limit

From Michelin-star food to vintage champagne, airlines are pulling out all the stops to cater to their top-tier passengers’ tastes, as they seek a larger slice of the highly profitable market. Bertrand Mouly-Aigrot, aviation expert at Archery strategy consulting, says Business class has become the main battleground for all companies. The consultancy estimates the airline food market is worth a tasty US$12.3 billion with a wide discrepancy between the various classes of travel. A dish in economy tends to cost between US$6 and $9, business class between US$18 and $30 and for first class, the sky is – literally – the limit. And with companies scrambling to stand out from the crowd with the extravagance of their menu, they are hiring top chefs to create tasty morsels.

Anne-Sophie Pic, the only female chef in France to hold three Michelin stars, who creates the first-class menu for Air France

But serving haute cuisine to highly international and demanding diners at 30,000 feet brings its own challenges. The chefs have to create a menu without certain ingredients – raw fish is banned for example and cabbage and beans ill-advised given the close proximity and confined environment of the cabin. Cultural niceties also have to be taken into account and not just the well-known aversions to pork: rabbit, for example, is considered delicious in France but seen as bad luck in certain religions – not what you want when flying. 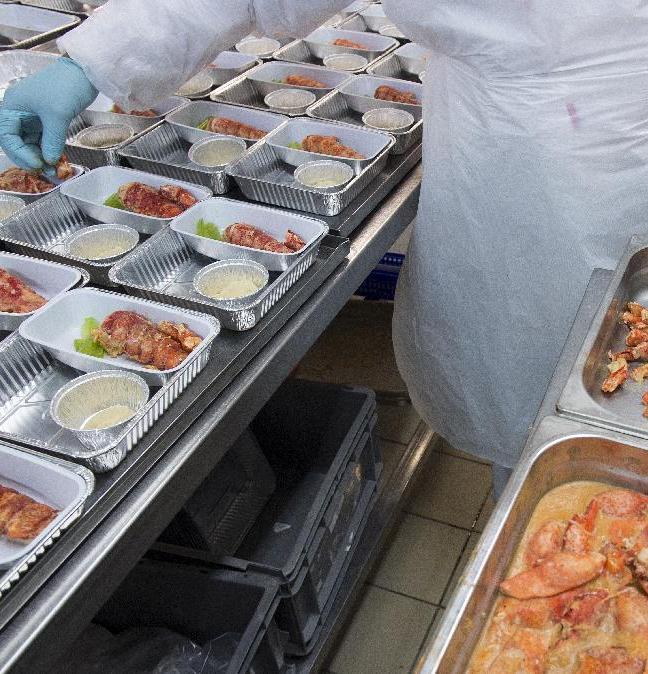