The names of the two police officers killed in their car by a gunman who walked up and opened fire have been released: Wenjian Liu, a seven-year police veteran who got married two months ago; and Rafael Ramos, who leaves behind a 13-year-old son. The lone gunman has been identified as Ismaaiyl Brinsley, 28, a Baltimore man who shot his ex-girlfriend on Saturday morning. Baltimore police investigating the killing found threats to New York cops on Brinsley’s Instagram account, and tried to warn the New York City Police Department, but it was too late, authorities say. Brinsley had posted photos of the gun allegedly used in the shooting, adding that he was going to put “wings on pigs”, in retaliation for the deaths of Eric Garner and Michael Brown.

Although we are still learning the details, it’s clear that this was an assassination. … When a police officer is murdered, it tears at the very foundation of our society. … Our city is in mourning, our hearts are heavy.

The shootings led to sharp criticism from the police officers’ union in New York, who put part of the blame in the hands of New York City Mayor Bill DeBlasio. Union president Patrick Lynch, who recently suggested that police officers sign a petition demanding the mayor not be invited to the funeral of an officer killed in combat, said the mayor “had blood on the hands,” and adding, “After the funerals, those responsible will be called on the carpet and held accountable.” Some officers reportedly turned their backs on the mayor when he entered the hospital where the two shot officers were taken.

The blood of 2 executed police officers is on the hands of Mayor de Blasio. May God bless their families and may they rest in peace. 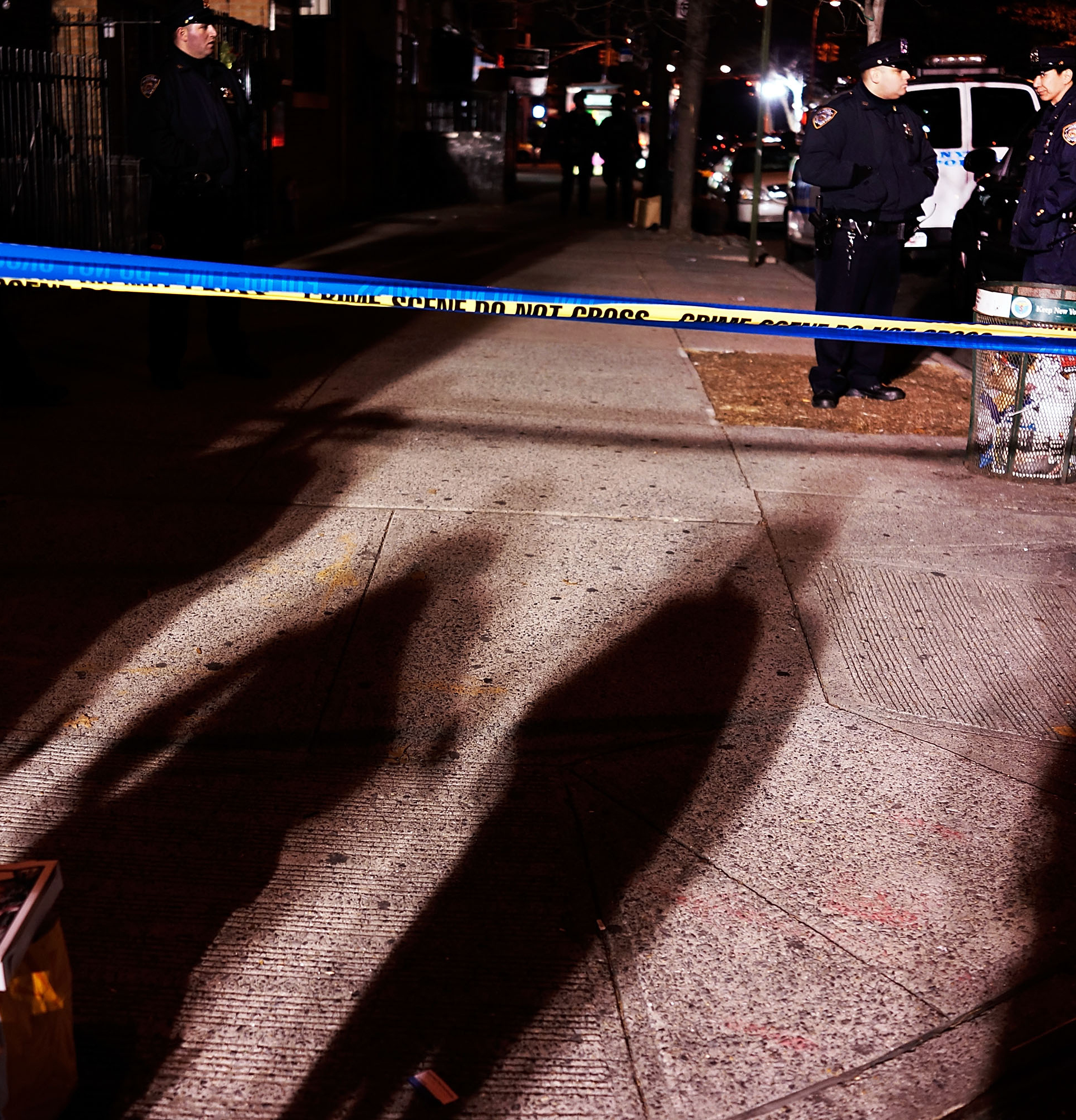