Voters went to the polls in India’s capital Saturday with firebrand former chief minister Arvind Kejriwal looking to complete an unlikely comeback and deliver the first major blow to Prime Minister Narendra Modi’s premiership. Less than a year on from his resignation as head of Delhi’s state government after just 49 days, most polls say Kejriwal’s anti-corruption party is in line to push Modi’s Hindu nationalist Bharatiya Janata Party (BJP) into second place when results are announced on Tuesday. Victory would be particularly sweet for the anti-corruption champion who was badly beaten by Modi when they both contested the parliamentary constituency of Varanasi in May’s general election. Modi’s BJP has fielded former policewoman Kiran Bedi (seen in the image above) as its pick for chief minister.

As Delhi votes today, urging voters to go out and vote in large numbers. I particularly call upon my young friends to vote in record numbers.

Bedi - India’s first woman police officer - was known for being tough on criminals and traffic violators, and was awarded the President’s Police Medal for Gallantry. But polls suggest she will lose to Kejriwal who has an appeal among working-class voters concerned with issue like rising prices, corruption and jobs. Security is tight and more than 55,000 police and paramilitary have been deployed as voters lined up at polling stations around the city. 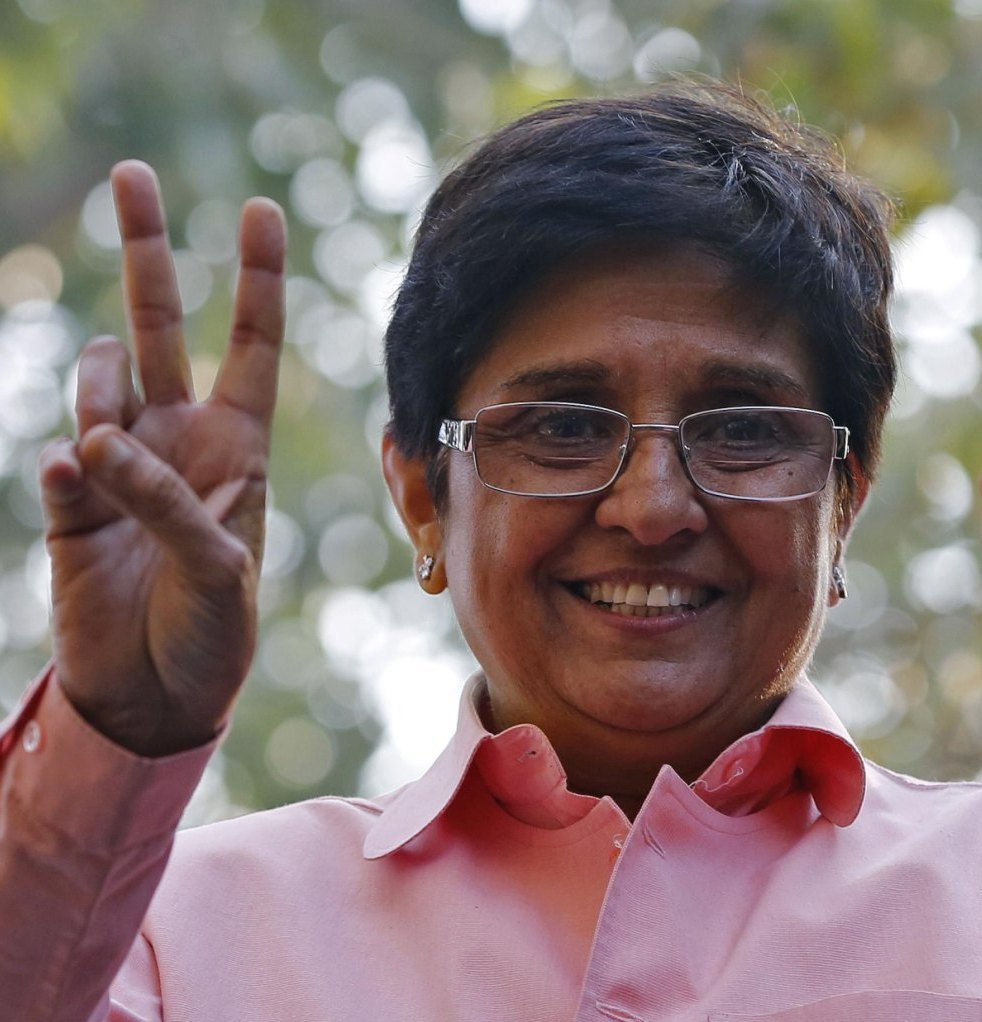