A volcano in western Indonesia that has been spewing clouds of searing gas high into the air has let out a new powerful burst. Authorities are closely monitoring Mount Sinabung on Sumatra, one of Indonesia’s main islands, after placing it at the highest alert level last week. Hot ash tumbled down Sinabung’s slopes up to 2.5 kilometers (1.5 miles) from its smoldering mouth. Villagers were urged to stay out of the main danger zone, which stretches 7 kilometers (4 miles) to the southeast of the crater. No injuries have been reported

“The growing size of the lava dome is very unstable, smoldering rocks mixed in with hot gases may tumble down at any time.

Authorities counted more than 50 separate eruptions early Wednesday, but said villages outside the evacuated area were not in immediate danger. Mount Sinabung is among about 130 active volcanoes in Indonesia, which is prone to seismic upheaval due to its location on the Pacific "Ring of Fire,” an arc of volcanoes and fault lines encircling the Pacific Basin. The 2,600-meter (8,530-feet) Mount Sinabung has sporadically erupted since 2010, after being dormant for 400 years. An eruption last year killed at least 17 people. More than 2,700 people were evacuated from villages around the crater into several temporary shelters. 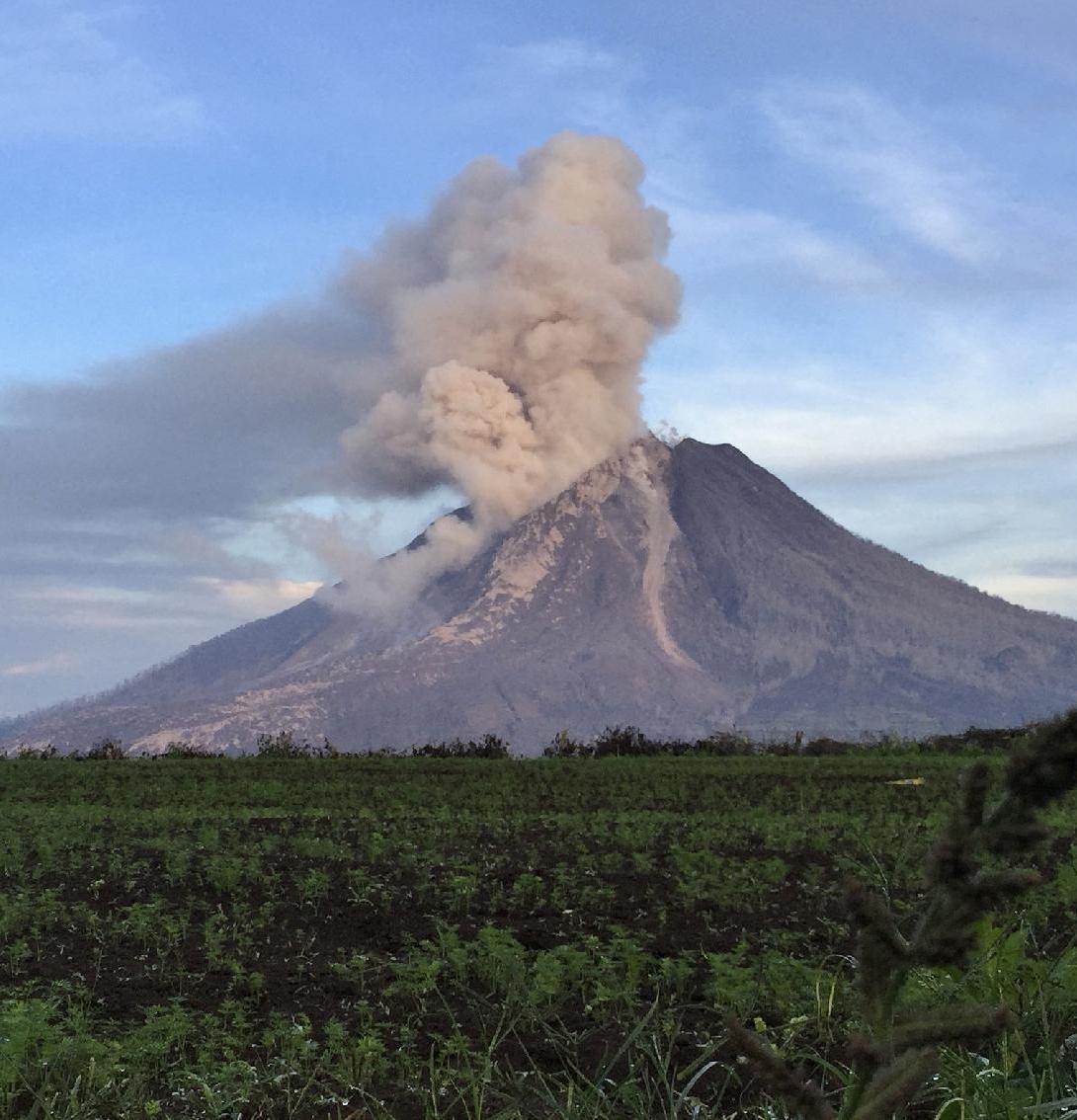