Aircraft maker Airbus is showing off an electric plane that can fly at up to 136mph. The two-seater E-Fan 2.0 electric prototype is going on display at the Paris Air Show and will take flight throughout the show. A full-scale model of the production version will also be showcased. The aircraft weighs less than half a ton and can fly for an hour. It is CO2 emission-free and almost silent in flight.

Engineering schools and their apprenticeship programmes will have a strong involvement in the E-Fan’s development and production.

The plan is that the plane will be built at Pau in southwest France and ready to enter service by the end of 2017 or early 2018. The two-seater is aimed at flight school customers while a larger model, a four-seater, is scheduled for launch in 2019. That model, the E-Fan 4.0, is to be offered for the aviation market in general and Airbus ultimately intends to produce electric-powered regional airliners and helicopters. Its goal is to build a 100-seat electric aircraft, but that may not happen before the 2050s. The company is investing $23m in the overall design and development of the first aircraft, the two-seater. 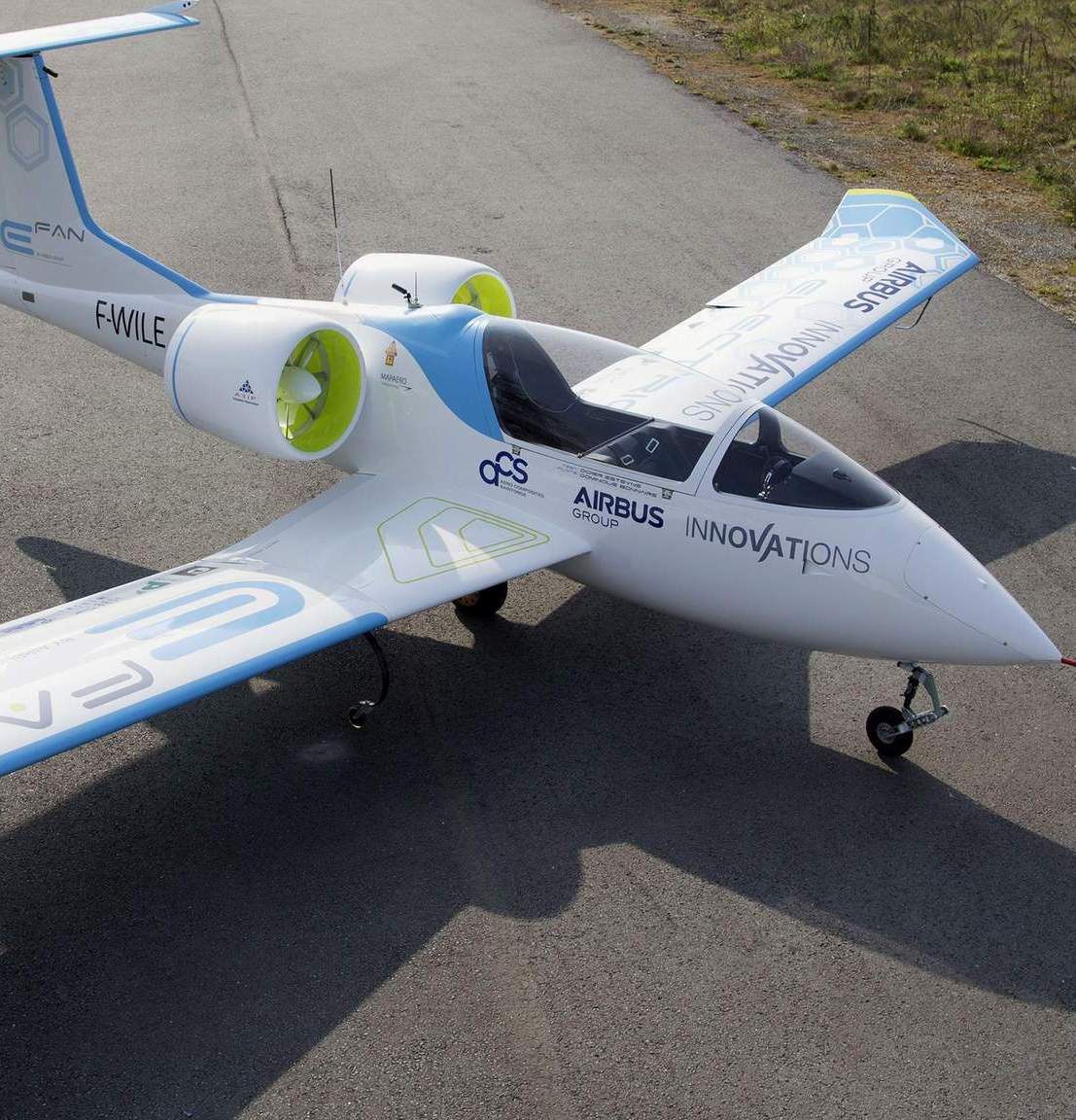