Australia has removed Indonesian presidential contender Prabowo Subianto from its visa black list in case he wins Wednesday’s election. Prabowo was once married to a daughter of former iron ruler Suharto, and was a favoured member of his inner circle at the time. He has been dogged by persistent allegations of past human rights abuses, in particular during the economic crisis that led to Suharto’s downfall in 1998. Allegations of abducting student activists in Jakarta led to visa bans in the United States and Australia. But he was never investigated on any criminal charge and has consistently denied any wrongdoing.

The Australian government will work closely with whoever is elected president of Indonesia. Presidents of Indonesia will always be welcome in Australia.

spokeswoman for the Department of Foreign Affairs and Trade

Meanwhile, the logistical challenges of organising the country’s upcoming election have begun. Months of painstaking preparation culminate in a weeks-long operation, with ballots taken in speedboats out to remote islands, carried on horseback along mountain paths, and in helicopters and small planes to far-flung hamlets. Some 190 million eligible voters will cast ballots, from the crowded main island of Java – where more than half of the country’s inhabitants live – to mountainous eastern Papua, and jungle-clad Sumatra in the west. 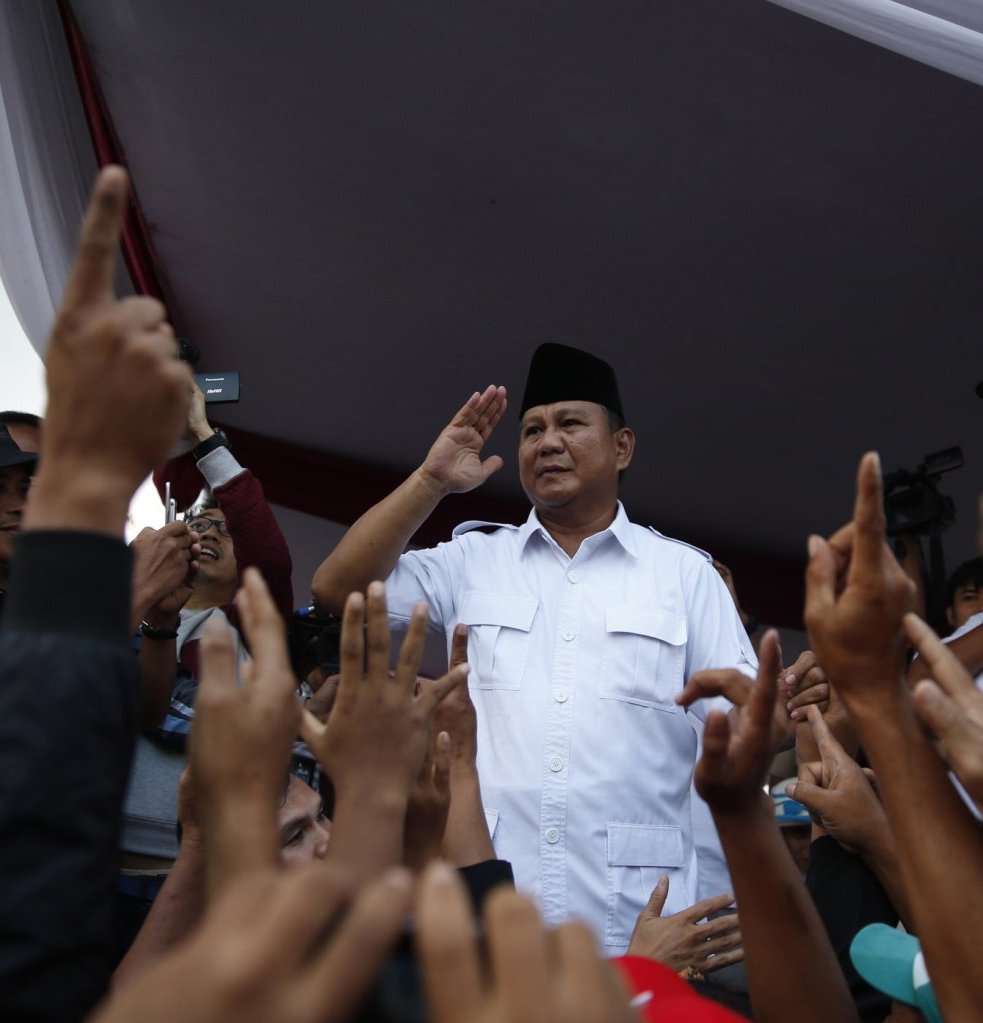