Picture this: Stolen Matisse painting worth around $3m returned to Venezuela

A painting believed to be a 1925 work by French artist Henri Matisse worth around $3 million was returned to Venezuela from the United States on Monday more than a decade after it was stolen from a museum in Caracas, Venezuela’s government said. The “Odalisque in Red Pants” (Odalisque a la culotte rouge) is thought to have been stolen from the Caracas Museum of Contemporary Art in 2002 but its disappearance went unnoticed for some time because the thieves put a fake in its place. Culture Minister Fidel Barbarito told local television the painting was generally well-preserved. At the Caracas airport, a white box containing the painting was shown upon arrival after a court in south Florida authorised its return.

This is another achievement of the Bolivarian revolution, of a government in touch with the arts.

The painting was recovered in July 2012 in an undercover FBI operation at a Miami Beach hotel where Pedro Marcuello Guzman, 48, a Cuban living in Miami, offered the work to undercover police for about $740,000, admitting it had been stolen. The painting will undergo a delicate 72-hour “acclimatization process” and be back on display at the museum in around two weeks. 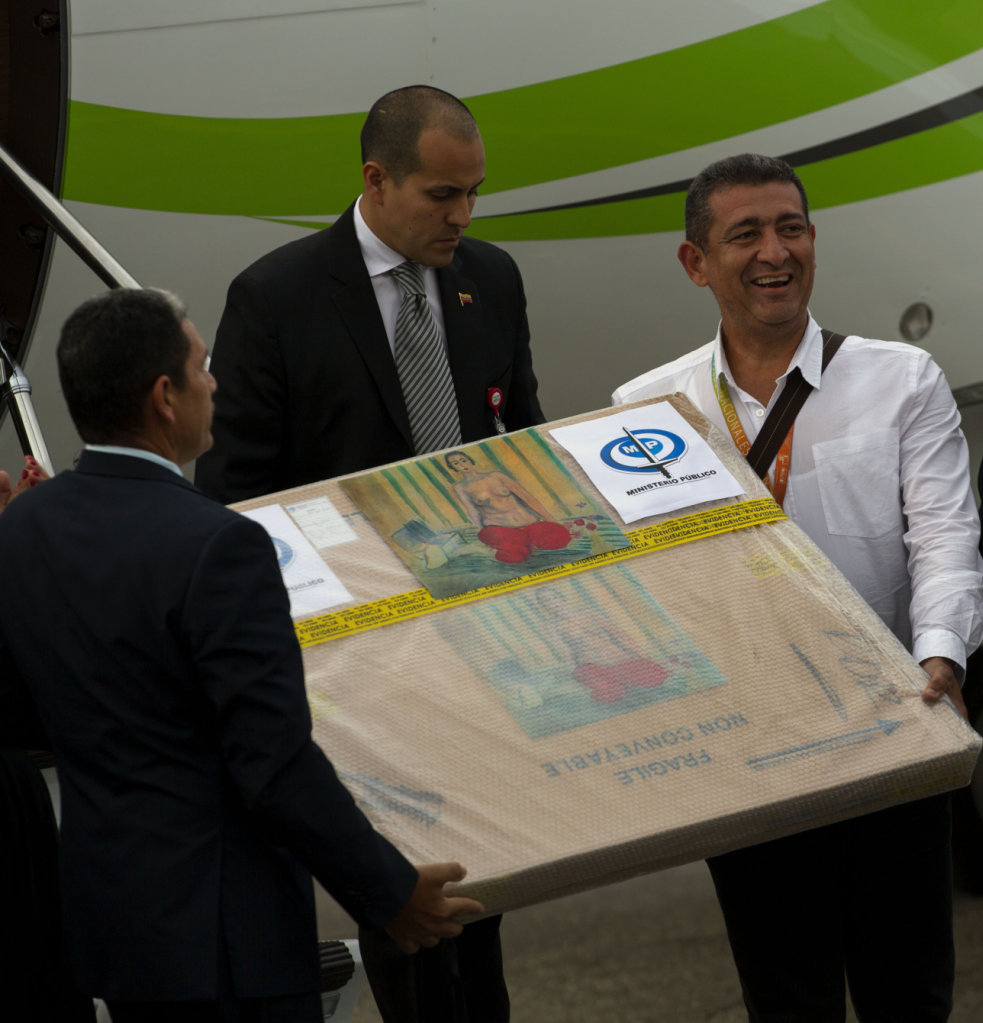