International fury at Israel mounts in wake of attacks on Gaza school, market

International fury against Israel is increasing in the wake of the shelling of a UN-run school and a market in Gaza on Tuesday. The latest to voice their outrage are the United States and United Nations. UN chief Ban Ki-moon called the strike on the school, which was sheltering thousands of Palestinians, a ‘reprehensible attack’. The U.S., meanwhile, issued a carefully worded statement which avoided mentioning Israel, but said it ‘condemned’ the shelling. Palestinian president Mahmoud Abbas has written to Ban decrying Israel’s “institutionalised disregard for Palestinian life” and urging him “to take all necessary and effective measures to provide the Palestinian people with international protection”.

It is unjustifiable, and demands accountability and justice.

The 15 fatalities at the school and the 17 at the market were among the 100-plus deaths in embattled Gaza on Wednesday. Hamas, in retaliation to the attacks, fired a salvo of rockets at Tel Aviv and the southern port city of Ashkelon. Israel’s military said a rocket hit open ground “in the Tel Aviv area” and another two were intercepted over Ashkelon. It said a total of 128 rockets fell in Israel on Wednesday, with another nine shot down by missile defences and that Israel hit 88 targets in Gaza. To date, 1,363 have been killed in over three weeks of Israeli attacks, while 56 Israeli soldiers have been killed since hostilities began on July 8.

The (military) will expand attacks against Hamas and the rest of the terror organisations. 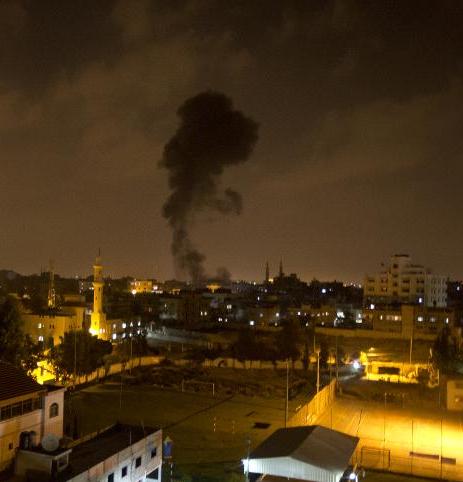