In the red: Argentine slides into default as debt talks collapse

The collapse of talks with U.S. creditors has sent Argentina into its second debt default in 13 years and raised questions about what comes next for financial markets and the South American nation’s staggering economy. A midnight Wednesday deadline to reach a deal with holdout bondholders came and went with Argentine Economy Minister Axel Kicillof holding firm to his government’s position that it could not accept a deal with U.S. hedge fund creditors it dismisses as “vultures.” Kicillof said the funds refused a compromise offer in talks that ended several hours earlier, although he gave no details of that proposal.

We’re not going to sign an agreement that jeopardizes the future of all Argentines. Argentines can remain calm because tomorrow will just be another day and the world will keep on spinning.

However, court-appointed mediator Daniel Pollack said a default could hurt bondholders who were not part of the dispute as well as the Argentine economy, which is suffering through a recession, a shortage of dollars and one of the world’s highest inflation rates. An earlier U.S. court ruling had blocked Argentina from making $539 million in interest payments due by midnight Wednesday to other bondholders who separately agreed to restructuring plans with the country in 2005 and 2010. 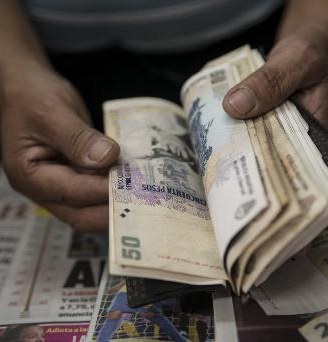