Iran’s top leader voiced mistrust on Saturday of U.S. efforts to reach a nuclear deal, even as Washington and its allies spoke of real progress and urged Tehran to take “difficult decisions”. With just 10 days remaining until an end-of-March deadline for a framework agreement, Iran’s Supreme Leader Ayatollah Ali Khamenei denounced U.S. “bullying” in the negotiations and repeated Tehran’s denial that it was seeking to develop a nuclear weapon. After week-long talks with Iran in Switzerland, U.S. Secretary of State John Kerry flew to London to confer with his counterparts from Britain, France and Germany on prospects for resolving the dispute, which goes back more than a decade.

They raise the issue of an atomic bomb. They know themselves that we are not pursuing nuclear weapons. But they just use that as an excuse to pressure the Iranian people.

Together with China and Russia, the four countries are trying to reach a deal with Tehran that would restrict the most sensitive aspects of Iran’s atomic program in return for an easing of international sanctions. The full six-power group is due to resume negotiations with Iran next week in Lausanne, Switzerland. The West suspects Iran of seeking the ability to produce atomic weapons and the United Nations has imposed stringent economic sanctions on Tehran. Iran says its program is intended only for peaceful purposes, such as medical technology and nuclear energy, and wants the swift lifting of sanctions. 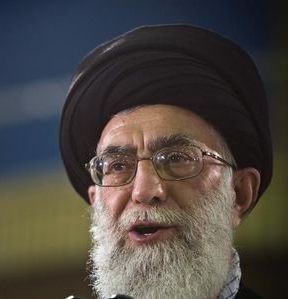