Iraqi forces broke a months-long siege by jihadist fighters of the country’s largest oil refinery Saturday as the top US officer flew in to discuss the expanded war against the Islamic State group. Three officers confirmed that Iraqi forces had reached the refinery, 200 kilometres north of Baghdad, where security forces have been encircled and under repeated attack since June. The new success for Iraqi forces came a day after they recaptured nearby Baiji, the largest town they have taken back since IS-led militants swept across Iraq’s Sunni Arab heartland in June. America’s top military officer, General Martin Dempsey, arrived in Iraq for talks on the the further expansion of military operations against the jihadists

I want to hear from those actually doing the lifting that they’ve the resources they need and the proper guidance to use those resources.

A US-led coalition is carrying out air strikes against IS jihadists in both Iraq and Syria, while Washington has announced plans to increase the number of its military personnel in the country to up to 3,100. Dempsey was to hold talks with “Iraqi political and security officials on (the) next phase of the campaign to defeat (IS),” Brett McGurk, the number two US envoy for the coalition battling the jihadist group, said on Twitter. The US and other governments have pledged trainers and advisers to aid Iraqi security forces in their battle against IS. American personnel are assessing possible deployment sites in Iraq, including Al-Asad Air Base in Anbar province, a key area that stretches from the borders with Syria, Jordan and Saudi Arabia to the western approach to Baghdad. 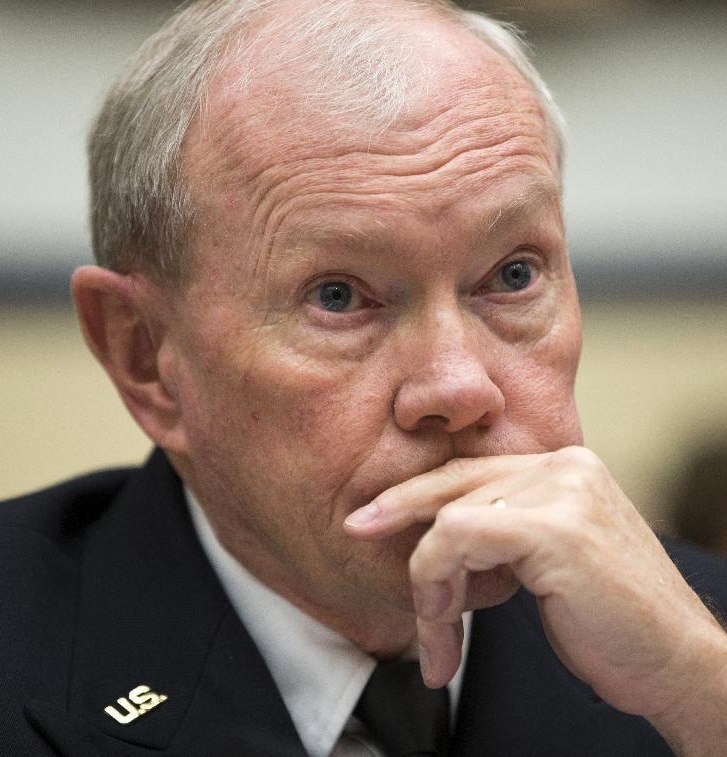