Hundreds of students and staff at Anbar University in Iraq were taken hostage on Saturday after militants stormed the campus. After fighting their way past guards overnight, gunmen from the Islamic State of Iraq and the Levant (ISIL) broke into the Ramadi university. Security forces surrounded the university in Ramadi on Saturday and exchanged fire with the militants, who had planted bombs behind them and were patrolling the rooftops with sniper rifles. Sources in Ramadi hospital said they had received the bodies of two people, one of them a student and the other a policeman.

I brought some of my students’ exam papers in a nylon bag and, wearing my tie and suit, jumped the fence and am outside now.

The university attack is the third major operation by militants in as many days. It follows an assault on the city of Samarra on Thursday where rebels seized several areas and were only repelled by helicopter strikes. At least 36 people were killed in heavy fighting and suicide bombings in the northern province of Nineveh on Friday (pictured above). Violence is running at its highest levels since 2006-2007, when tens of thousands were killed in sectarian conflict between Iraq’s Shiite majority and Sunni Arab minority. 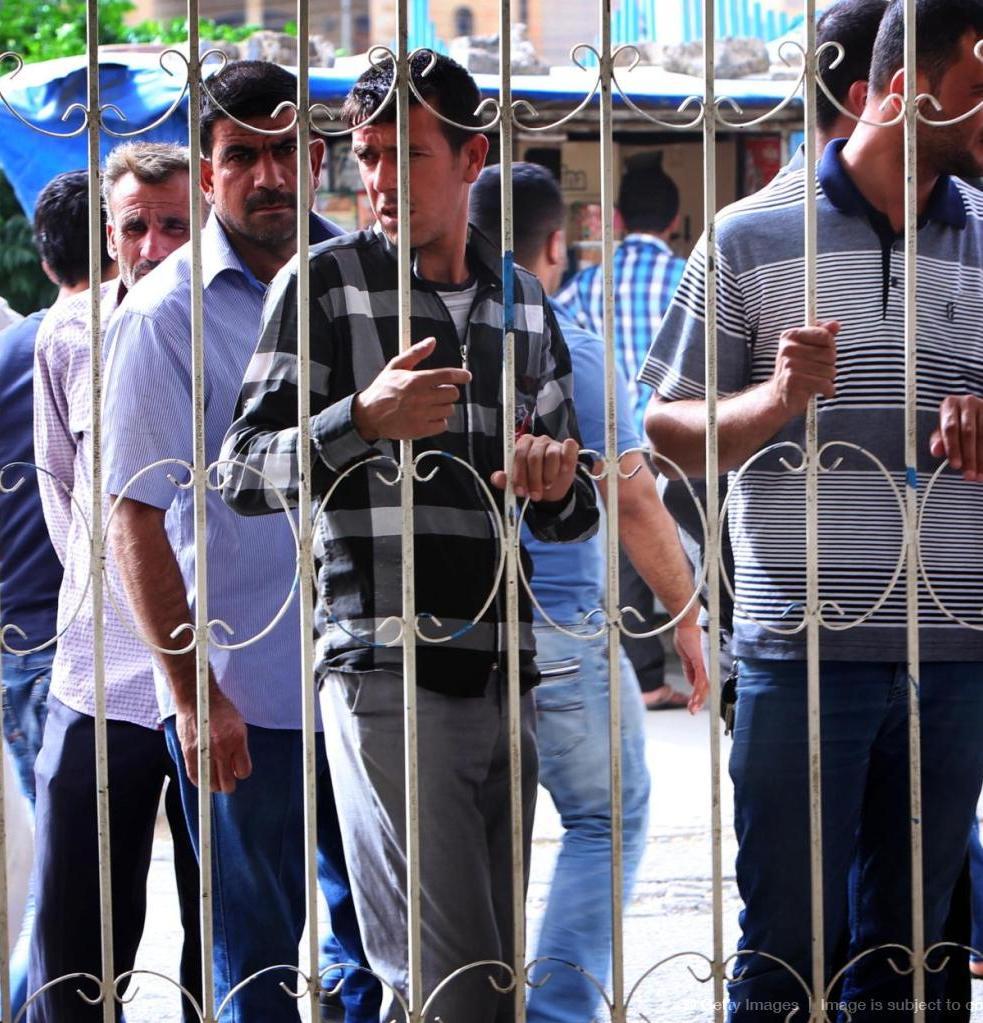