Israel’s military said it downed a drone along its southern coastline on Monday, the first time it encountered such a weapon since its campaign against the Gaza Strip militants began last week. The drone came from Gaza and was shot down near the southern city of Ashdod, the military said. Since the latest bout of fighting began last Tuesday, militants have fired nearly 1,000 rockets at Israel, causing some injuries and damage to property, but no fatalities among Israelis.

The drone Israel downed near Ashdod was one of several launched from Gaza for “special missions against the Zionist interior,” Hamas says.

By contrast, 172 Palestinians have died as a result of Israel’s air attacks. The military says it has launched more than 1,300 air strikes. Hamas has sent signals it may be ready to consider a cease-fire but appears to be waiting for some tangible military achievement before moving ahead on that front. Israeli PM Netanyahu wants to show the Israeli public that he has succeeded in significantly degrading Hamas’s ability to strike. 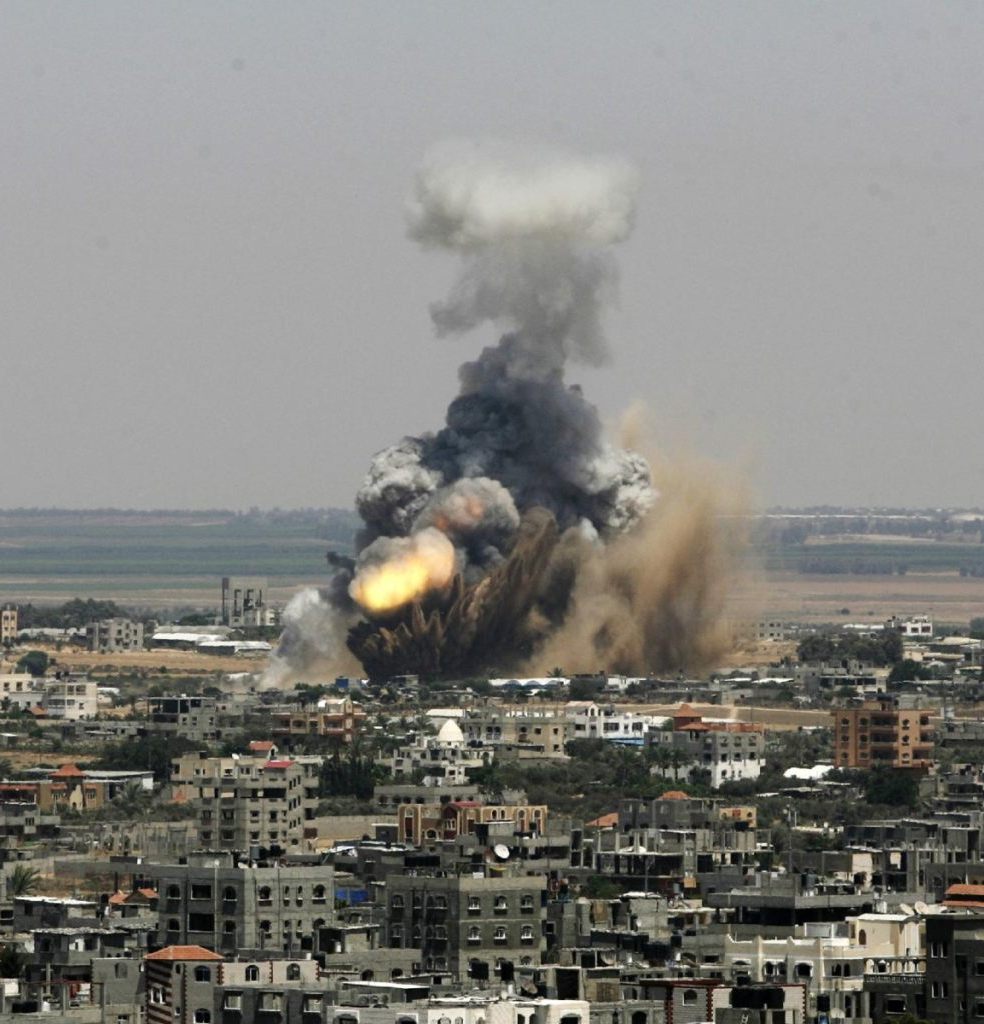