Italian cruise ship hulk to rise from the waves

An unprecedented operation to refloat the shipwrecked Costa Concordia was set to begin Monday in Italy. Ship owner Costa Crociere, Europe’s biggest cruise operator, said engineers would begin lifting the ship around 0400 GMT, two and a half years after it sank off the island of Giglio in a nighttime disaster that left 32 people dead. The liner will be refloated for 6-7 day and then be towed away to Genoa port in northern Italy for scrapping.

The most delicate part of the venture will be Monday, when the 114,500-tonne vessel is raised two metres off the artificial platform it has rested on since it was righted in September. The main refloating operation is set to take place between Thursday and Saturday, when air will be pumped into the tanks to raise the ship and the emerging decks will be cleared of any debris and checked for structural damage. 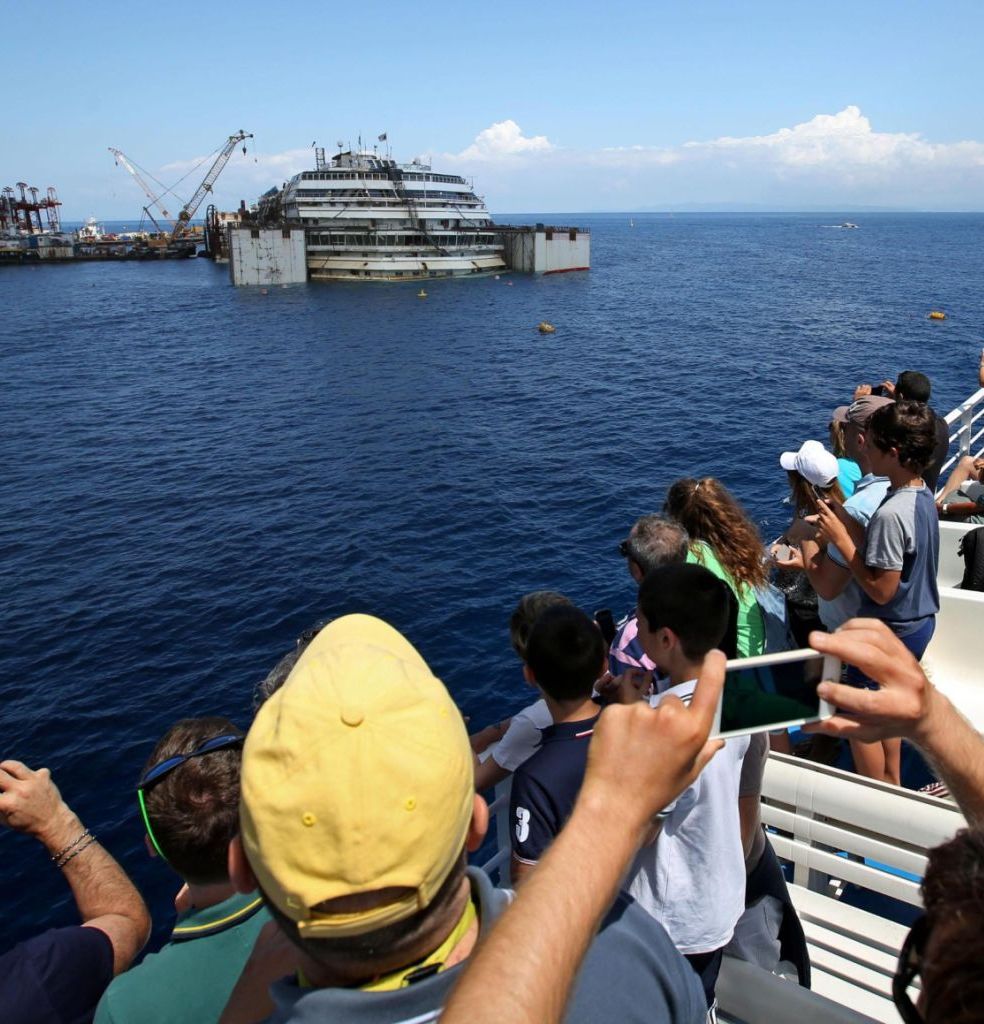