Israel has resumed air strikes in the Gaza Strip after Palestinian militants reportedly fired rockets into southern Israel, according to the military. Two air strikes took place on Tuesday just hours after Israel’s security cabinet backed a truce proposed by Egypt. A military statement said: “Hamas has fired 47 rockets since we suspended our strikes in Gaza. As a result, we have resumed our operation against Hamas.”

[Izz al-Din al-Qassam] opposes the Egyptian proposal, which constitutes a surrender and isn’t worth a thing.

TV footage showed the Iron Dome anti-missile system intercepting rockets over the port city of Ashdod. Sirens also sounded in areas as far as 80 miles north of the Gaza Strip. No injuries were reported in the attacks. Earlier, the armed wing of Hamas - the Ezzedine al Qassam Brigades - said the proposals aimed at ending a week of air strikes and rocket attacks had not been discussed with the group and threatened more violence.

If Hamas rejects the Egyptian proposal and the rocket fire from Gaza does not cease—and that appears to be the case now—we are prepared to continue and intensify our operation to protect our people. 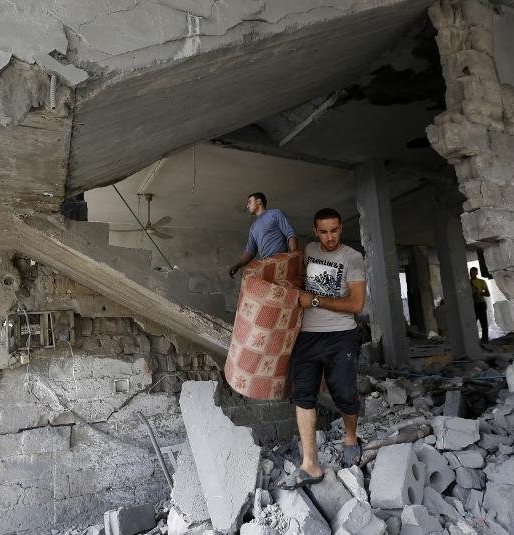