U.N. mission temporarily pulls out of Libya amid clashes

The United Nations on Monday pulled its staff out of Libya temporarily because of deteriorating security after rival militias fought over Tripoli International Airport and a renegade general’s forces continued to battle Islamist militias in the eastern city of Benghazi. In a statement posted on its official website, the United Nations Support Mission in Libya said that the mission had already been reducing its staff in the country over the past week.

This is a temporary measure. Staff will return as soon as security conditions permit. The United Nations, which stood by the Libyan people in their revolution in 2011, will not abandon them as they seek to build a democratic state.

Libya’s main international airport in Tripoli was hit by a new rocket attack on Monday—just a day after fighting forced it to close. At least one person died and six were injured, and 12 planes have been damaged in the attack. It comes after six people were killed and 25 injured Sunday in a battle between rival militias. Civil aviation authorities announced a three-day closure of the airport. Shells hit airplanes, damaged shuttle buses and airport entrances, and landed in the parking lot, destroying cars. A statement by the government said 90 per cent of planes have been damaged. Among the planes hit was an Airbus from Libya’s state-owned Afriqiyah Airways worth US$200 million, according to the official Facebook page of its sister airline, Libyan Arab Airlines. 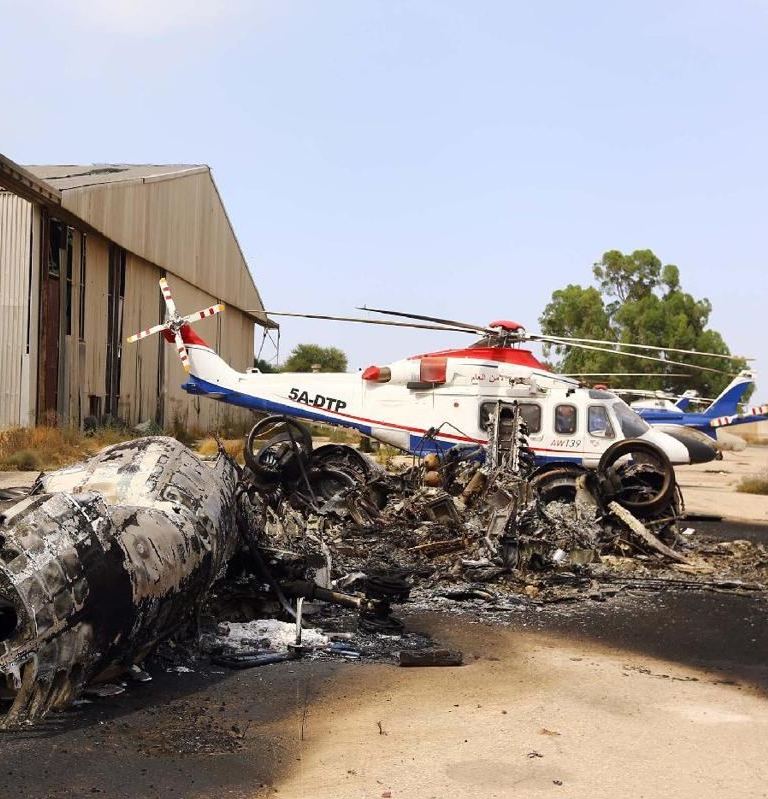