Vincenzo Nibali and the Tour de France pack have begun the 21st and final stage of this year’s race, with the Italian poised to take home the leader’s yellow jersey on Sunday. The 137.5-kilometre ride from suburban Evry to Paris is a largely ceremonial procession with sprinters likely to battle it out in the race finale on the Champs-Elysees for the stage win. As the stage began, Nibali locked arms with the other riders who earned distinctive jerseys for a photo, then lined up with his Astana teammates for a toast and a sip of Champagne during a leisurely cruise.

If there had not been all these controls, targeted controls, the biological passport, maybe I would not be here.

The 29-year-old native of Messina, Italy, is set to enter the history books as only the sixth rider to win all three Grand Tours – France, Italy and Spain – and become the first Italian to win cycling’s greatest race since Marco Pantani in 1998. Nibali locked up victory in the three-week race by methodically building on his lead as the race progressed, extending it to nearly eight minutes over his closest rival as the riders head toward the final stretch. 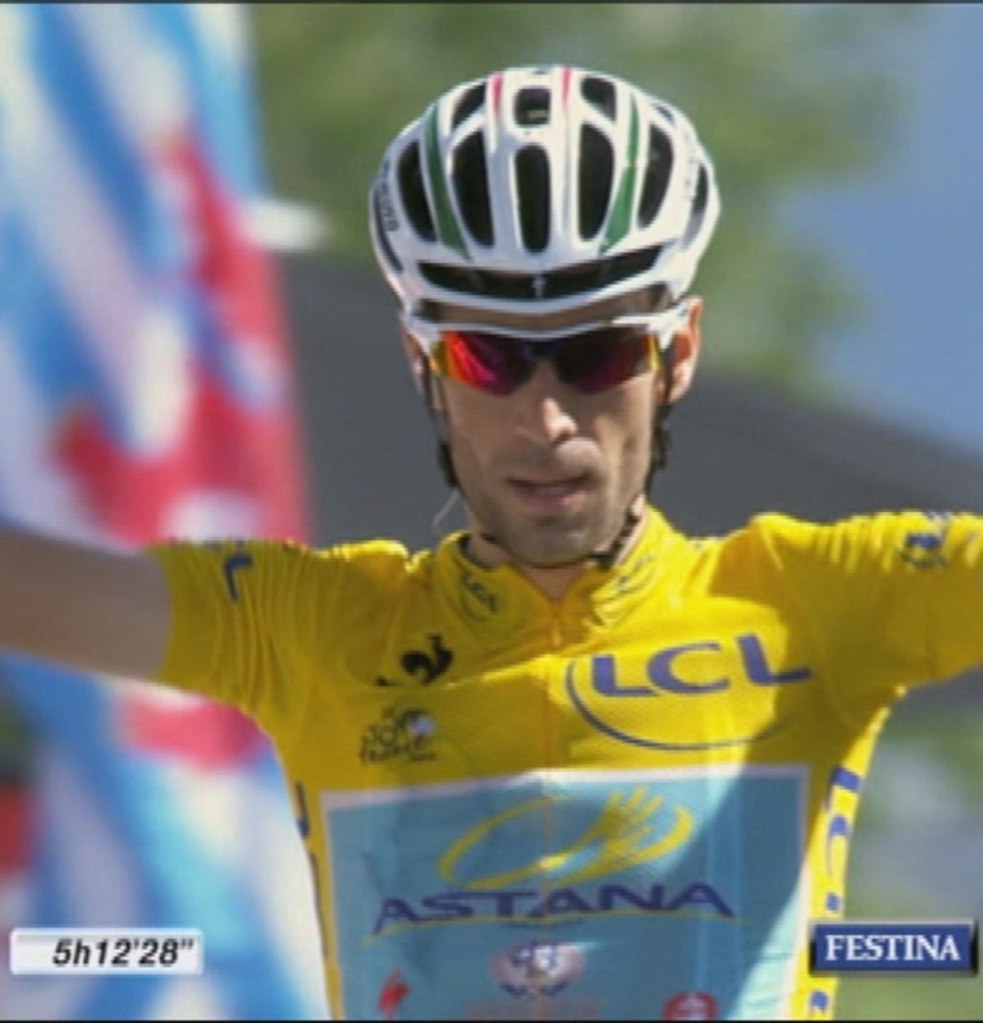