It’s not easy being green: Scientists discover frog that looks just like Kermit

Looks like Kermit The Frog may have found his rainbow connection… in Costa Rica. A newly-discovered frog from Costa Rica has an uncanny resemblance to Jim Henson’s most famous Muppet. But the name’s not nearly so catchy as its famous counterpart: Hyalinobatrachium dianae, or Diane’s bare-hearted glassfrog. Brian Kubicki, of the Costa Rican Amphibian Research Center, came across the new species of glass frog while exploring the country’s tropical rain forests. With bright lime green skin and big white eyes there is a lot of attention being paid to the Kermit look-a-like.

Whoa. Turns out Kermit exists in the real world. No word yet on Miss Piggy.

This is big news in the scientific community. The last time a new glassfrog was found in Costa Rica was back in 1973, according to the Costa Rican Amphibian Research Center. It’s called a glassfrog because of its translucent belly. You can see its internal organs from underneath. 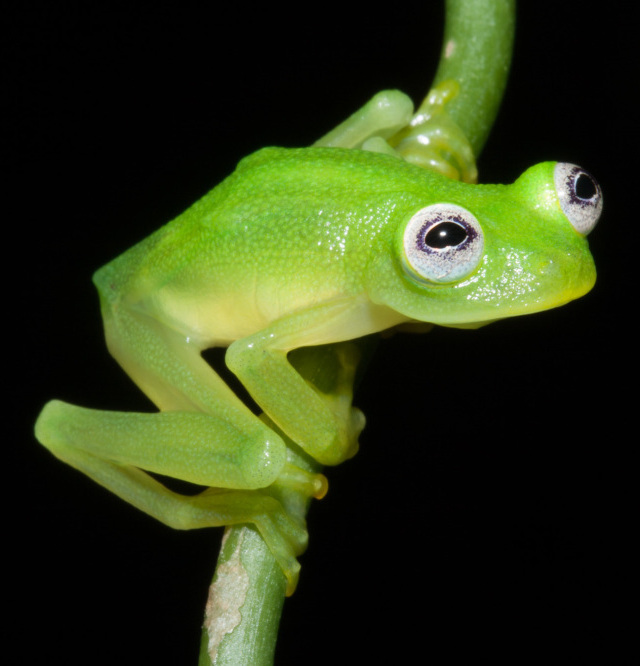