The Tunisian captain of an overcrowded migrant boat that sunk off the Libyan coast has been charged with multiple manslaughter by Italian prosecutors. The captain of the vessel and a Syrian, allegedly a member of the ship’s crew, were taken from a group of 27 survivors who arrived in the Sicilian port of Catania on Monday evening. In a statement Tuesday, Catania’s prosecutors said the captain, 27-year-old Tunisian Mohammed Ali Malek, mistakenly rammed his boat into the Portuguese-flagged merchant ship that had come to its rescue. The migrants then shifted position on the boat, which was already off balance due to the collision.

There were a little over 800 people on board, including children aged between 10 and 12. There were Syrians, about 150 Eritreans, Somalians…

Carlotta Sami, spokeswoman for the United Nations High Commissioner for Refugees in Italy

The prosecutors said they would be asking a judge later Tuesday to authorise the two men’s extended detention in custody pending further investigation and possible formal charges. Only 28 people, including the two arrested men, survived Sunday’s disaster in which 800 people are feared to have drowned. The prosecutors said it was impossible to ascertain the exact death toll but it was clear hundreds had died, including children and many who had been locked below decks. The UN refugee agency has estimated the toll at 800 based on survivors’ initial testimonies. 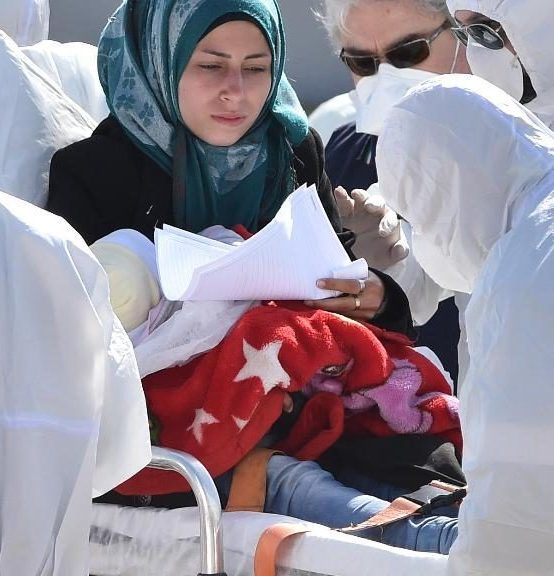