Before a now infamous press conference in May with her husband Ray Rice, Janay Rice says the Baltimore Ravens “suggested” that she apologize for her role in a domestic violence incident. In February, Janay Rice was punched in an Atlantic City elevator by Ray Rice and knocked unconscious. In an interview with the U.S. broadcaster NBC on Monday, Janay Rice said that while she apologized during the May press conference and was not without blame, it was the Ravens’ idea for her to do so and she wouldn’t have done it without the team suggesting it. The Ravens, she said, “basically gave us a general script.”

I was ready to do anything that would help the situation. Help the way we looked in the media, help his image, help his career.

In a particularly poignant moment in the interview, Janay Rice discussed the day when she would have to tell her daughter, Rayven, about the night her mom was punched by her dad. Janay Rice calmly explained that when the time comes, she would tell her child that domestic violence “is not something that she should tolerate.”

I didn’t think it was completely wrong for me to apologize, because at the end of the day, I got arrested too. I did something wrong too. Not taking any light off what Ray did because I agree with everybody else, it was wrong. 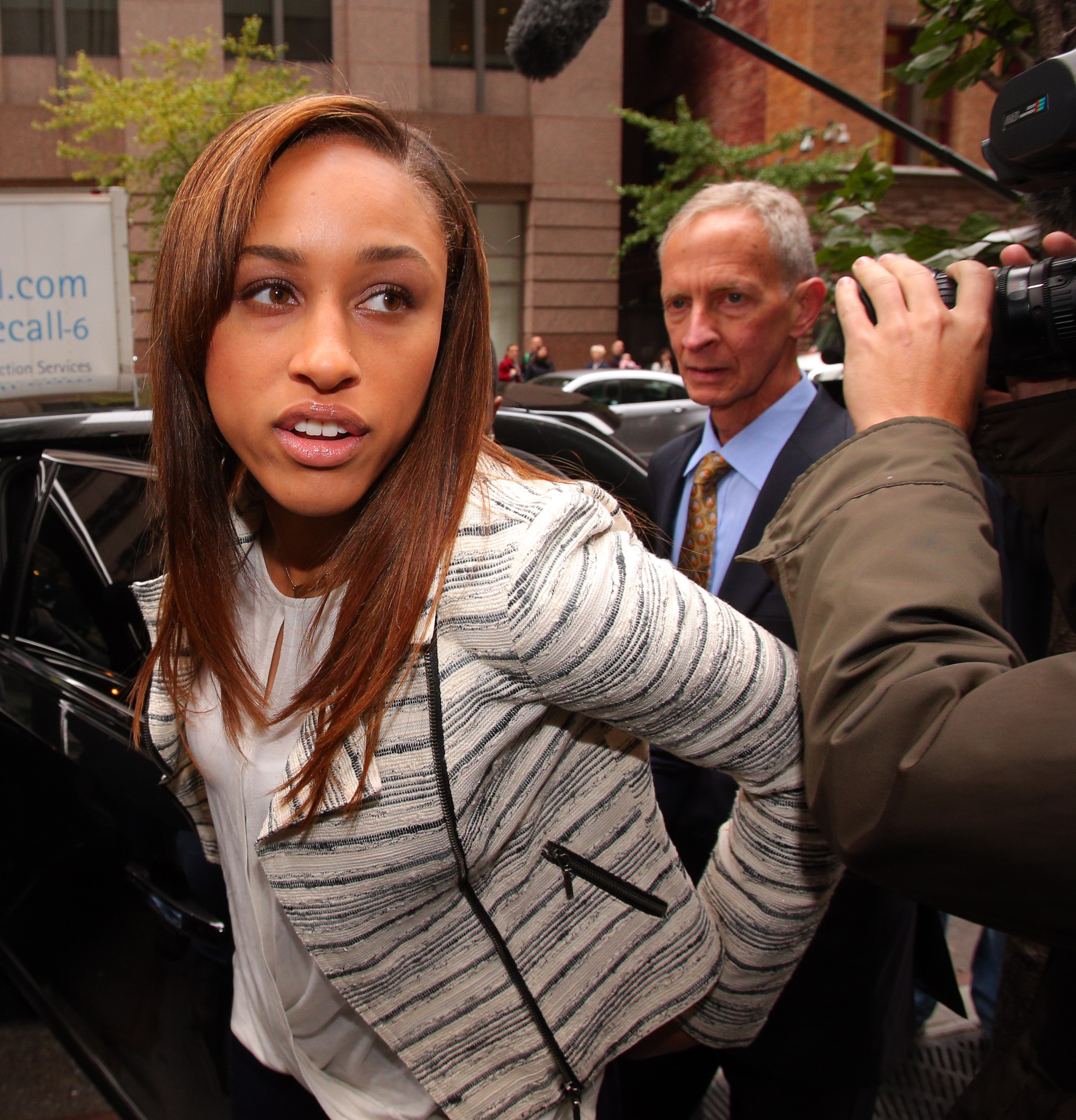