Japan has slaughtered 30 minke whales off its northeast coast, in the first hunt since the UN’s top court ordered Tokyo to stop killing the animals in the Antarctic. The Japanese whaling fleet that left the northeastern fishing town of Ayukawa in April completed its mission last week, the Fisheries Agency said. It was the first campaign since the International Court of Justice (ICJ) said in March that Japan’s annual expedition to the Southern Ocean was a commercial activity masquerading as research.

Whalers killed 16 male and 14 female mammals, with an average length of about six metres.

The hunt, which takes place in spring and autumn in coastal waters and in the northwestern Pacific is also classified as “research whaling,” but was not at issue in the ICJ case, which only addressed the Southern Ocean hunt. Japan has hunted whales under a loophole in the 1986 global moratorium that allows lethal research on the mammals. But it has made no secret of the fact that their meat ends up in restaurants and fish markets. 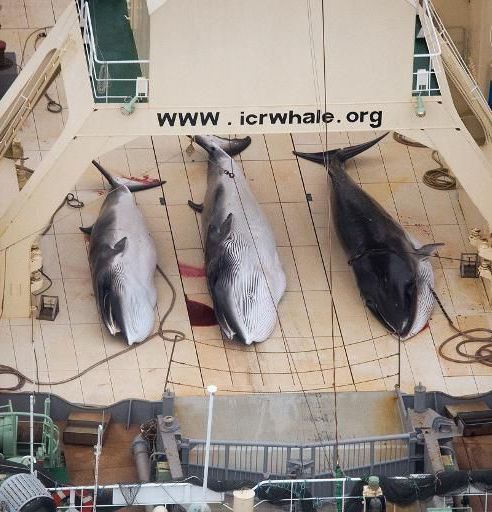