The number of Cambodians fleeing Thailand over fears of a clampdown on illegal migrant workers rose to nearly 180,000 Tuesday, as the two countries were expected to hold crisis talks in Bangkok. The mass exodus of labourers – who help keep major Thai industries such as agriculture afloat – comes after a warning from Thailand’s new military regime that illegal foreign workers face arrest and deportation. Thailand’s military regime has rejected any claims it has been forcing Cambodian workers out of the country after issuing a warning last week that it viewed illegal migrants as a “threat”.

The number of Cambodians returning from Thailand into Poipet (the main Thai-Cambodian border crossing) in just over a week reached 157,000 by this morning.

Kor Sam Saroeut, governor of northwestern Banteay Meanchey province where the checkpoint is based

The foreign affairs ministry has said authorities attach “great importance” to the role migrant workers play in contributing to Thailand’s economy. In the past Thai authorities have turned a blind eye to illegal labourers because they were needed when the economy was booming. But now Thailand is on the verge of recession after the economy contracted 2.1 per cent quarter-on-quarter in the first three months of 2014. 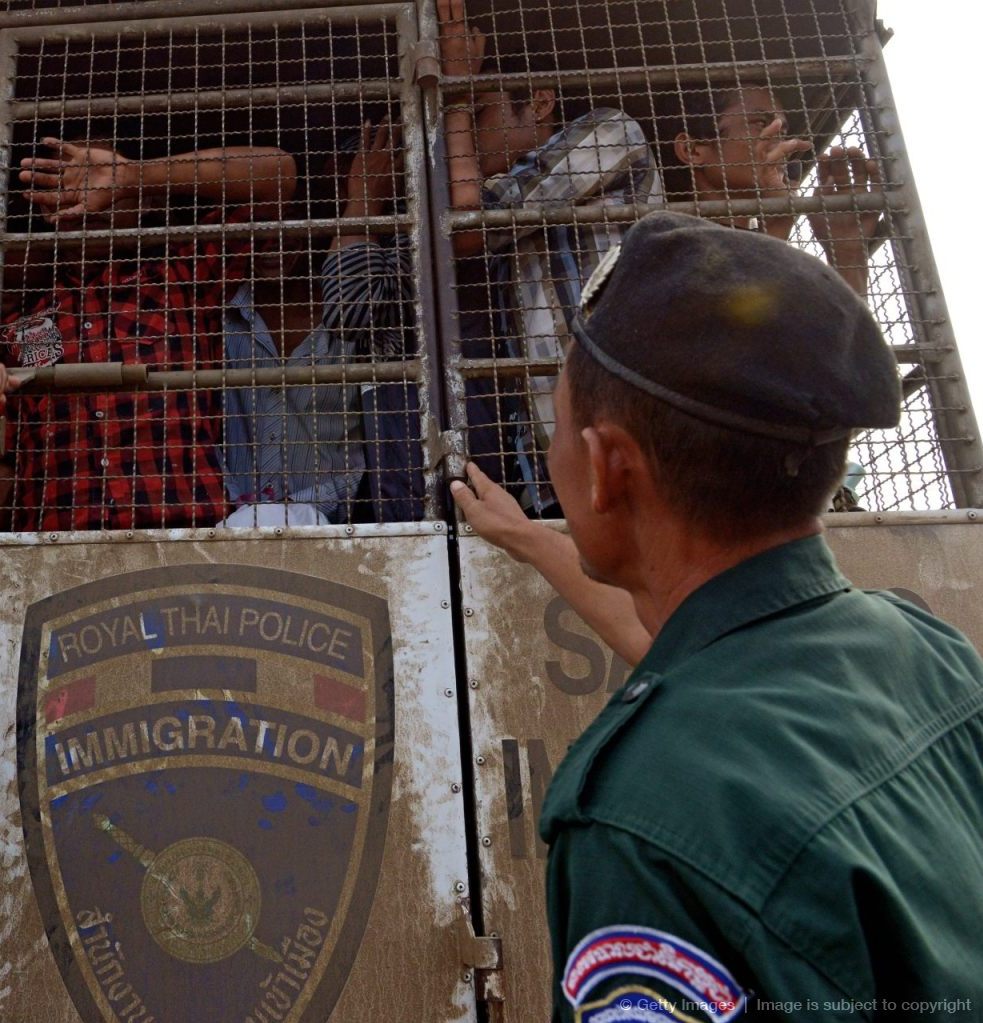