Kanye wet: Rapper rescued after fans follow him into Armenian lake during gig

Kanye West had to be shepherded to safety by security after enthusiastic fans followed the rapper’s lead and piled into a lake in Armenia. The U.S. rapper strode into the water during a free gig in Yerevan, causing chaotic scenes as the crowd ran after the superstar. Security and police plucked West out of the scrum as photographers waded into Swan Lake to capture the melee.

Kanye West before wading into the water

The rapper has been in Armenia with wife Kim Kardashian on a high-profile trip to connect with her family’s heritage. Kardashian seemed impressed with her husband’s exploits, tweeting: “Thousands of people were there! Kanye jumped in swan lake to be closer to the crowd on the other side & so many people jumped in too!" She added later: "Such an exciting crazy night! So happy I got to rock out with everyone in Armenia on our last night here!!!! #EpicNight #ArmenianPride”. 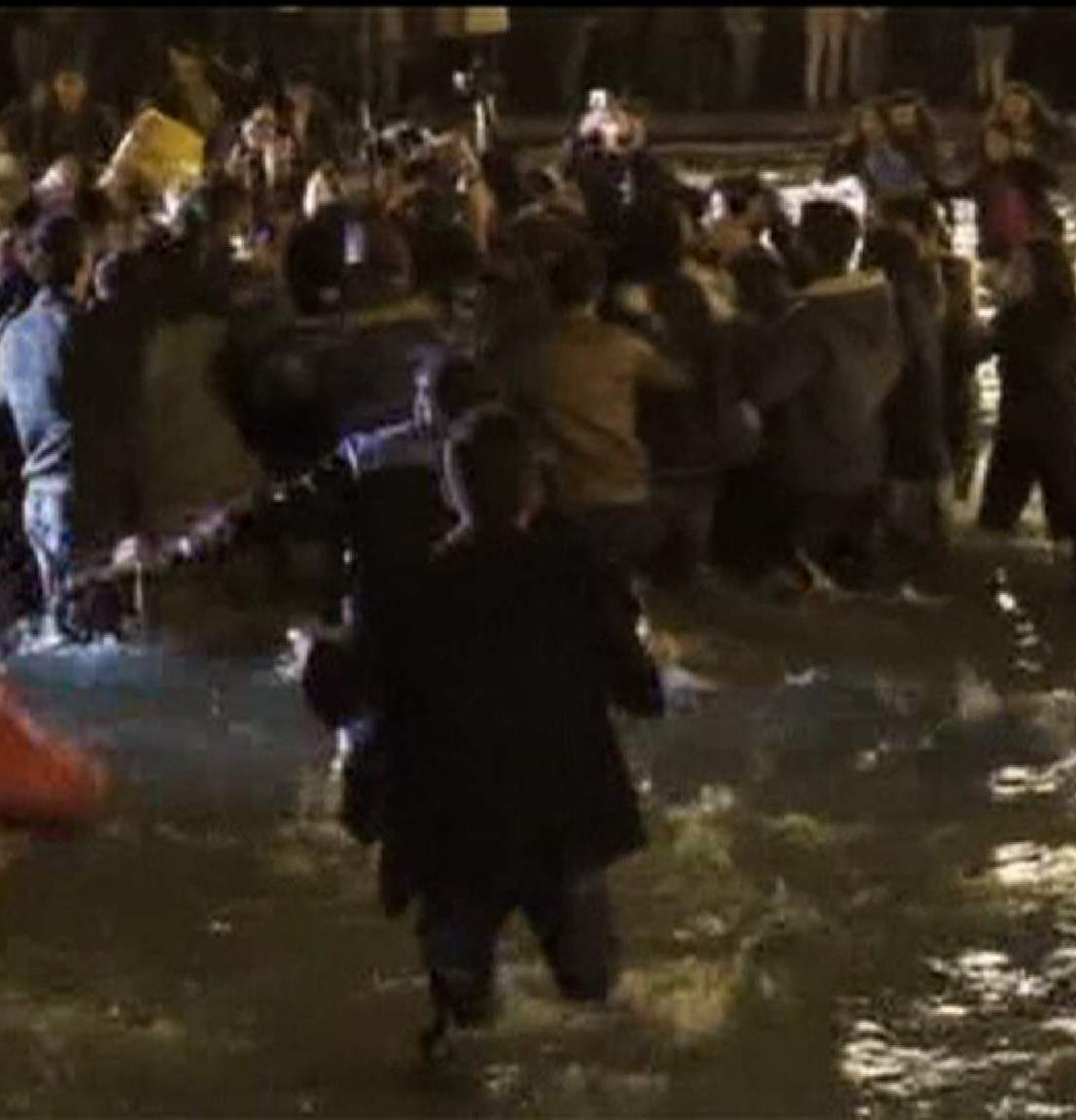