The leaders of France and Germany flew out of Moscow in the dead of night after five hours of talks with Vladimir Putin on Friday, with little to announce to end fighting in Ukraine beyond a promise to keep talking. None of the leaders spoke publicly after the meeting, which ended around midnight with President Francois Hollande and Chancellor Angela Merkel whisked straight from the Kremlin back to the airport. The French and German leaders had held similar late talks the night before with Ukrainian President Petro Poroshenko, part of a last-ditch push for a breakthrough before EU leaders consider new financial sanctions against Russia next week. European officials had played down expectations ahead of the Moscow talks, expressing doubt that Putin would compromise while pro-Russian rebels are advancing on the ground.

Work is currently under way on drafting the text of a possible joint document on the implementation of the Minsk agreement, which would include the proposals made by the president of Ukraine and President Putin.

Peskov said after the talks in the Kremlin ended

Afterwards, Moscow and Berlin both described a commitment to work on a “possible joint document” on restoring a collapsed peace deal signed last September in Minsk, Belarus. The document would include ideas proposed by the leaders of France, Germany, Russia and Ukraine, who would all speak in a conference call on Sunday. But there was no public word of any agreement on the crucial issue of whether rebels would withdraw from territory they have seized since last year’s truce collapsed. 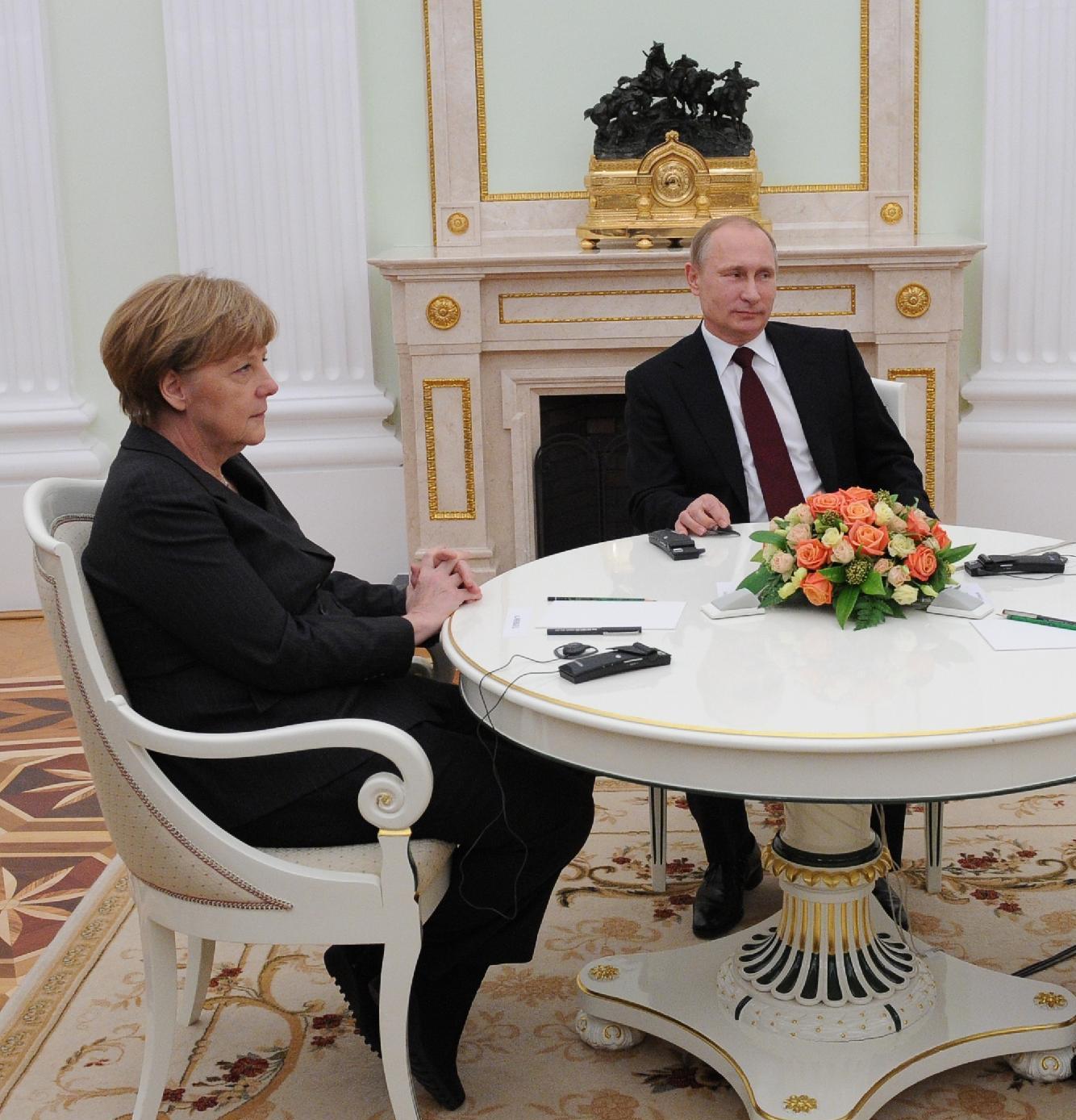