Viktor Tikhonov, who led his Soviet Union team to three Olympic gold medals but also oversaw the shock “Miracle on Ice” defeat to the U.S., has died at the age of 84. As a player, Tikhonov won four Soviet titles in 1951-54. He hung up his skates in 1963 and began his coaching career, spending three years at Dynamo Moscow as an assistant coach before taking over Dynamo Riga as a head coach in 1968. Tikhonov was known as a stern-faced task master with a dictatorial coaching style, but was a warm and caring person with his family.

He was just a normal grandfather. Kind and helpful. 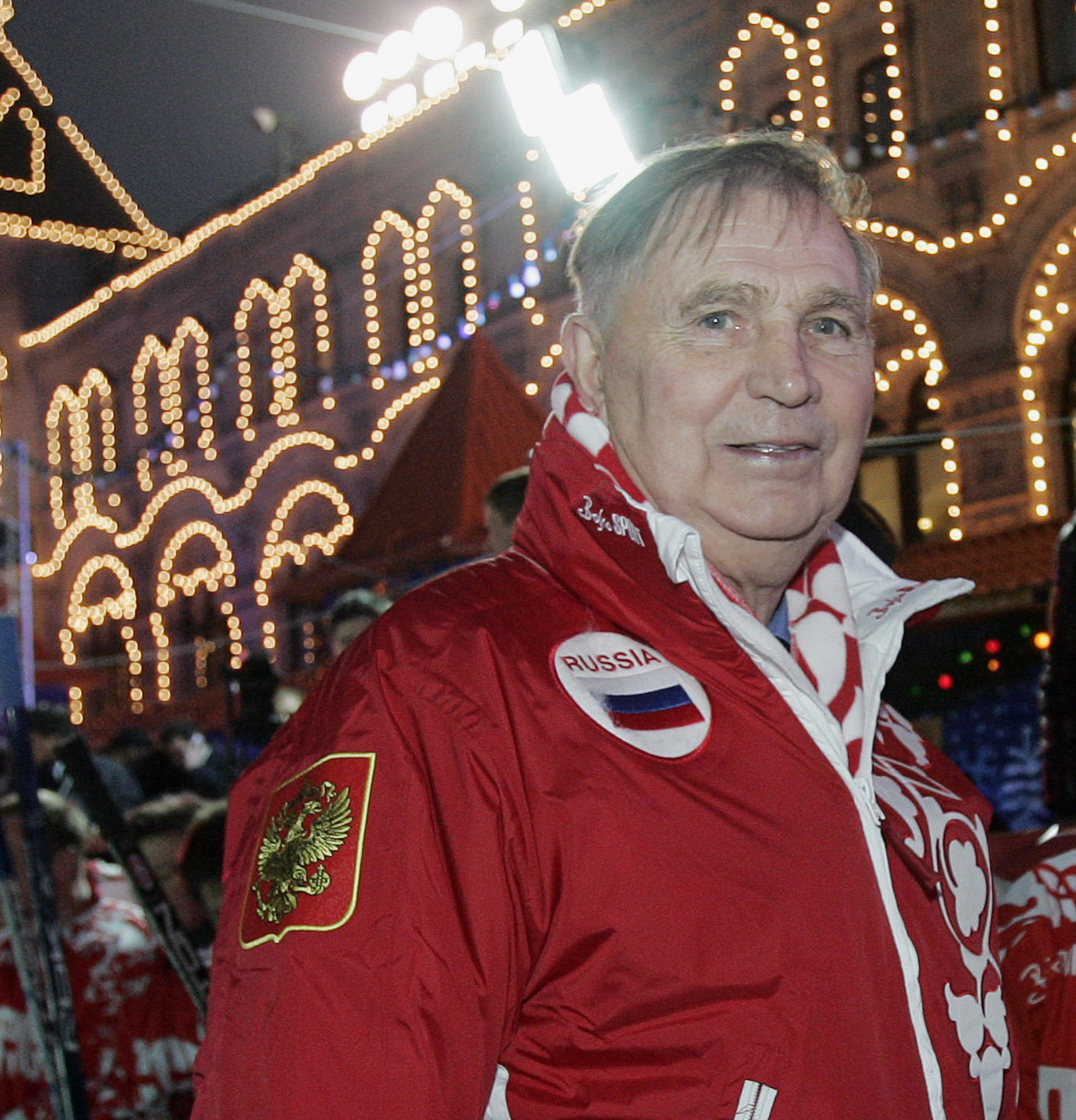